My Aunt Urinated in a Cup as I Was Seeing Her Then Forced me to Drink Her Urine, Man Sadly Narrates

By Trendingnewster (self meida writer) | 28 days

Alex Johari Kinagongo, a 35-year-old man from the Huruma area, Mathare Sub-county in Nairobi county has narrated how hectic his childhood life was. The father of three recalls how he lived knowing that he does not have parents only to learn later that her mother was chased from their home 5 months after he was born.

Since her mother was not in, the poor Alex was forced to move from her village home in Vihiga county to where his father hailed in Kawangware, Nairobi county. On reaching there Alex learned that his father was also staying with his aunt in the city. So the aunt would come to take care of him and leave when his father resurfaced in the evening.

All of a sudden, he started facing a new phase of life, his aunt would appear almost immediately after his dad left then tied him on a sit, she would then go to the edge of the house take a cup and start urinating in it, it was so sad that the poor Alex could see her aunt urinating in a cup. After urinating in the cup, the woman would then force the poor boy to drink the urine. The behavior went on from when Alex was 5 years old to when he was almost attaining 8 years.

When the boy's father came, Alex could cry and tell him what transpired but unfortunately, the father did not want to hear any of his grievances and so he was forced to play along with his aunt's bad behavior. The behavior went on and on and when Alex cried, the aunt used to tell her that she is not his mother and hence she does not want to hear him crying.

Luckily, Alex got an escape route and headed to the streets, this is where he reunited with his mother after 28 years. He also got a girl who he truly loved and got engaged, they currently have 3 children. 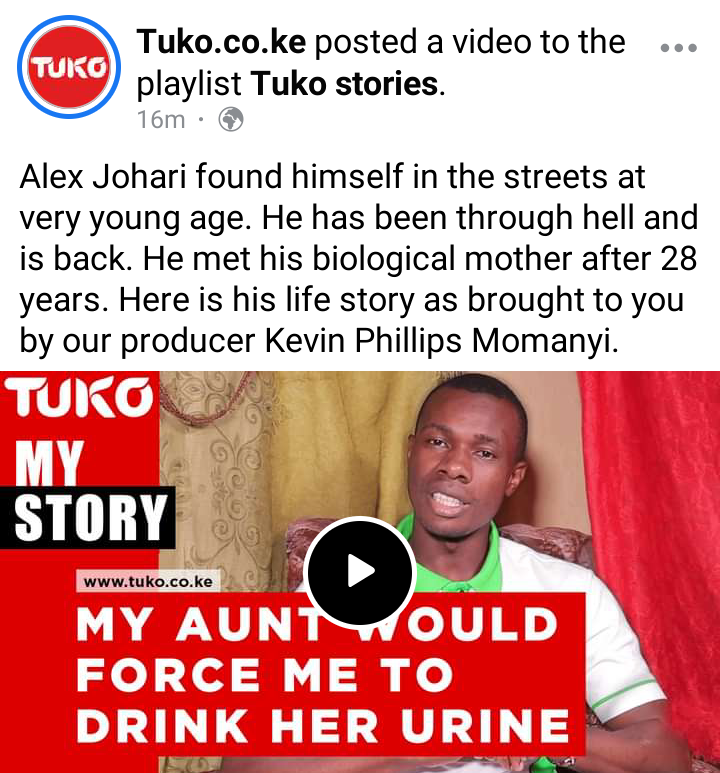 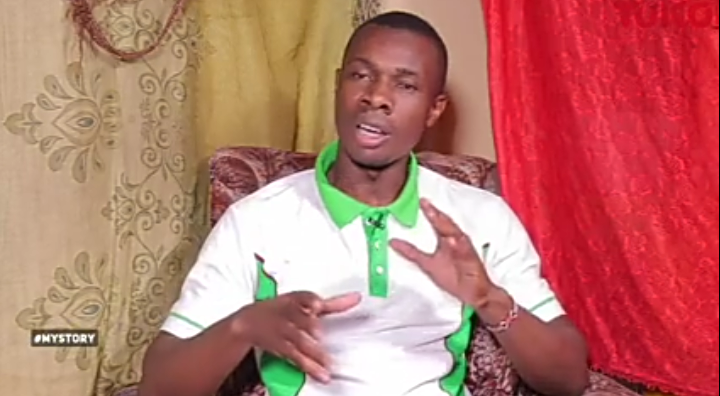