By Shirowajomo (self media writer) | 3 months ago

Shock and disbelief engulf the residents of Dagoretti's Mituini after the body of 4 years old boy who went missing 4 days ago was found dumped in a forest.

According to the DCI report, the child is believed to have been killed by a close relative who happens to be the cousin of his father.

It is reported that the suspect identified as Maxwell Mungai was the last person who was seen with the boy.

According to the deceased mother, the bod was playing outside their house on Sunday evening with his brother and other children before Mungai come and called him, he went away with him, and their son never come back home since then.

A day later Mungai is said to have demanded for money from the boy's father if he wanted his boy alive.

They reported the case to the police and with the help of police detective, Mungai confessed to have killed the innocencent boy just because of greed.

Mungai led the police to a bush where he had dumped the boys body.

Mungai is currently in police custody awaiting to answer the murder charges.

The body of the body has been taken to the mortuary as it awaits postmortem. 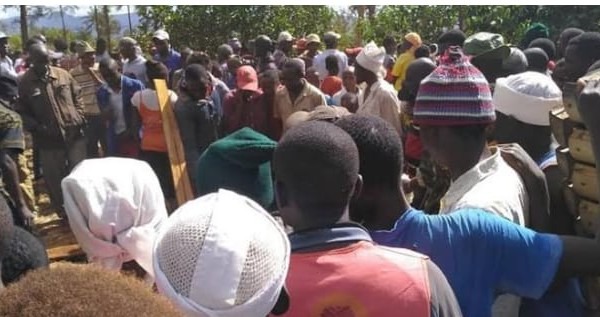