Police officers from Nanyuki are currently searching for a number of suspects who allegedly fled from their cell holdings where they were being held for committing different crimes.

In an incident that happened yesterday in the morning, 14 suspects Reportedly broke out of prison after they allegedly cut their bars by using an unknown metal that is yet to be found by the police.

However, 8 suspects were allegedly arrested by the quick acting officers who allegedly caught the 8 while they were trying to Make a run for it. Six of them were however lucky enough to have escaped going into hiding.

"We were able to arrest 8 out of the 14 suspects who tried to break out of the cell. Our watch tower officer alerted us and that's when we reacted quickly enough to stop some of them from escaping. However, we are yet to find the others who managed to escape",One officer said.

At the same time, Nanyuki Police boss has called upon any Kenyan who might have any information that could lead to the arrest of the suspect to report them to the police station for more investigation adding that they're dangerous as most of them were in for murder.

According to the reports given by the DCIs, they claimed that for some reason they found missing links in connection with the suspects escape plan. For these reasons, they are currently investigating a number of police officers who might have helped the suspects who are currently on the run out of their cells 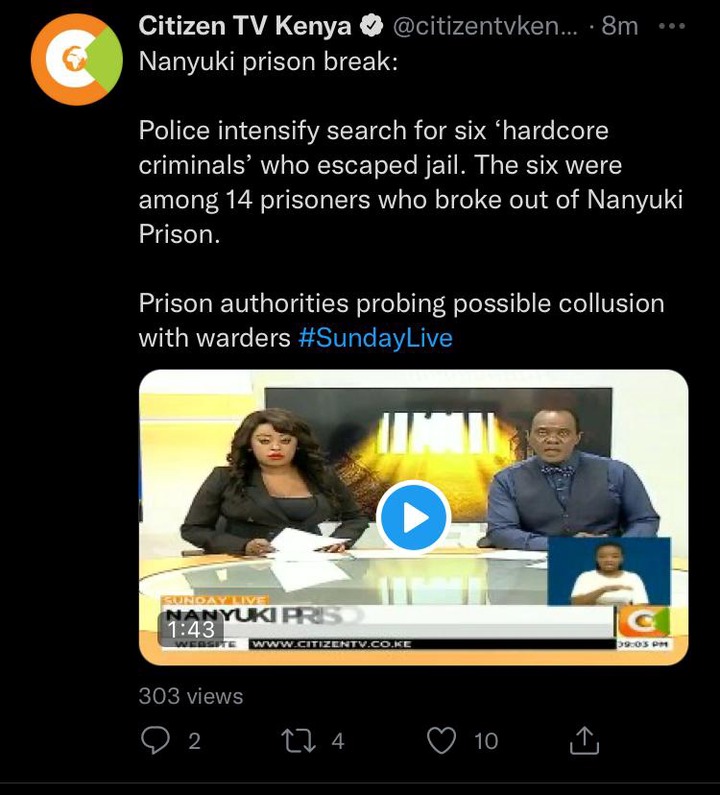