By Owis (self media writer) | 1 year ago 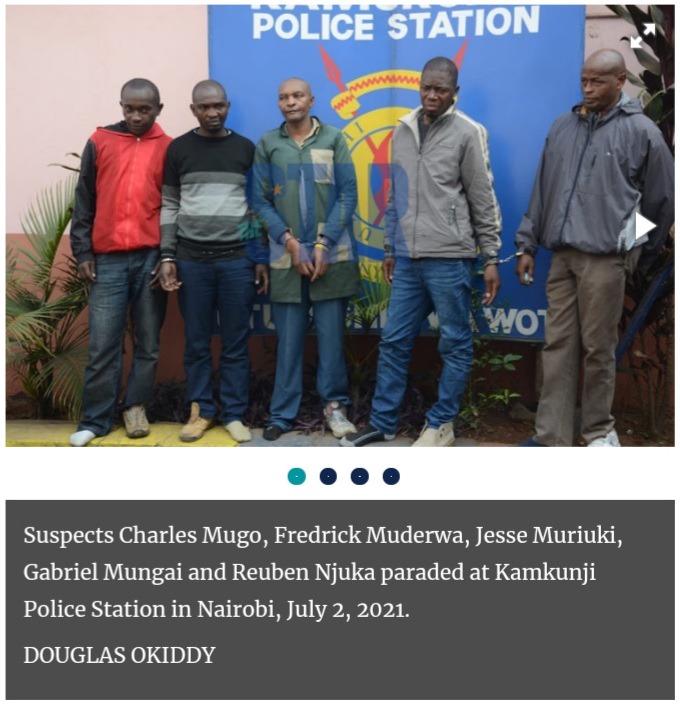 Five suspects were nabbed as they drilled a wall to get into Prime Bank OTC branch, in Kamukunji area.

The five suspects who were identified as Charles Mugo, Fredrick Muderwa, Jesse Muriuki, Gabriel Mungai and Reuben Njuka were apprehended and locked up Kamukunji police station.

According to the Directorate of Criminal Investigations, the accused had sought accommodation at the bank where they drilled the wall before they were nabbed. 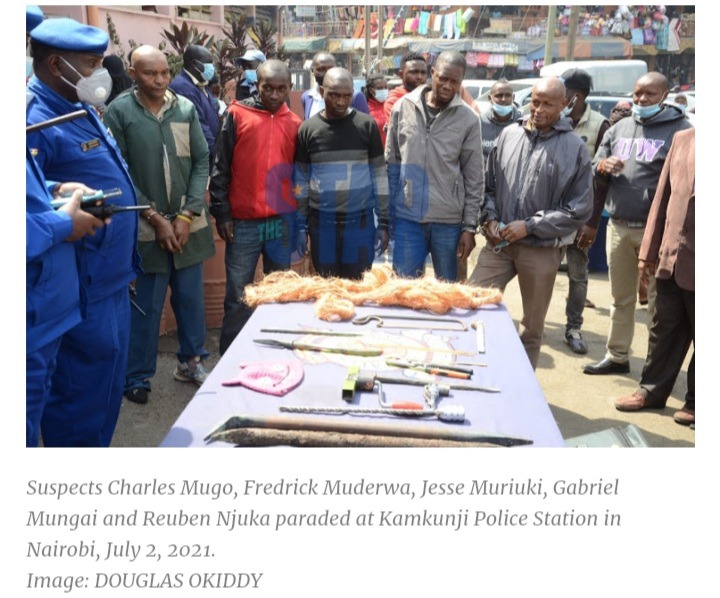 The five arrested on Friday morning were paraded at Kamukunji Police Station for the public exposure and their intentions.

Some of the items seized from them during the sting operation include; five digging bars, hand drills, three hacksaws and a twisted rope and other tolls not mentioned. 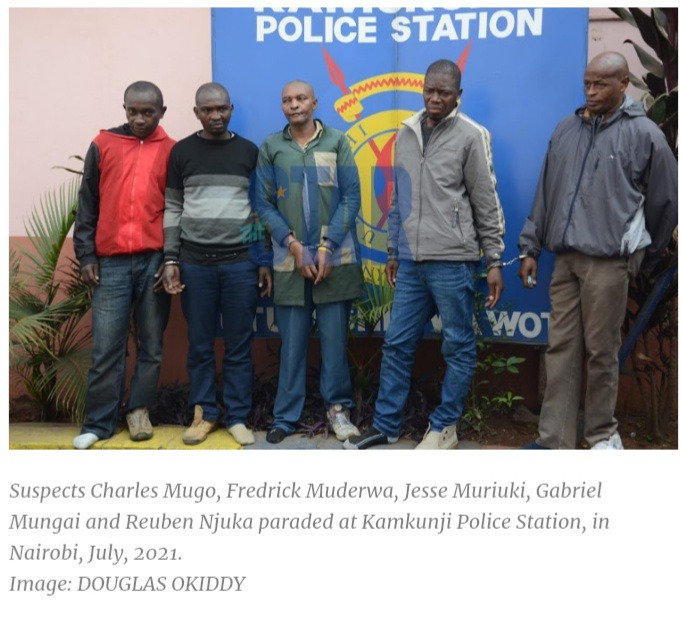 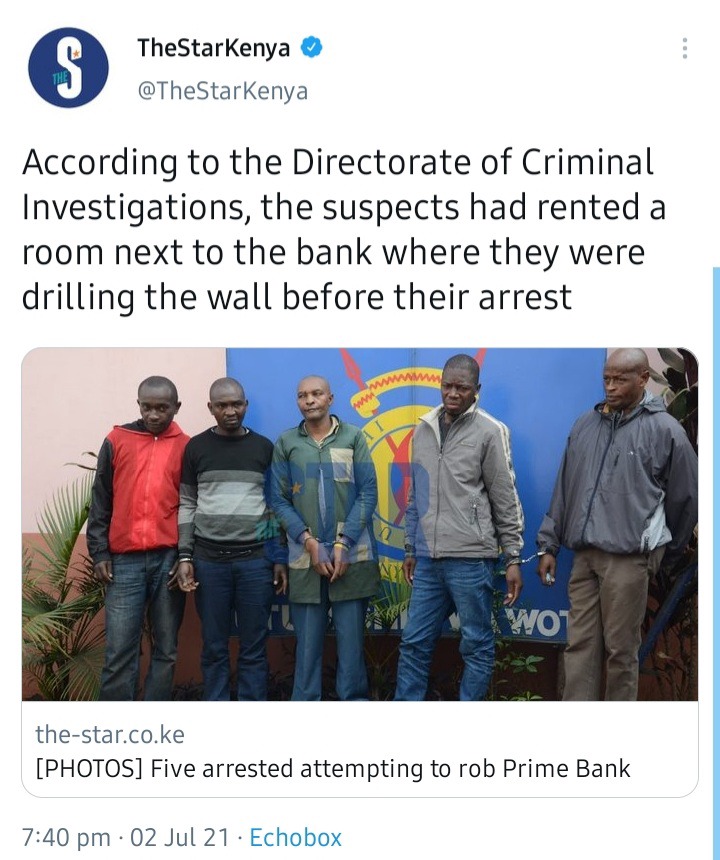 The five suspects will be arraigned and charged in court once the police complete their investigations.

The latest development comes only two weeks when five suspects were arrested in Nairobi CBD following a botched robbery in one of the Nairobi’s estates.

Has Raila Handed Over The Leadership Of Azimio To Kalonzo?