Yesterday Police from AP driving school in Ruai were engaged in a dramatic chase after a speeding car whose occupants were initially suspected to be armed robbers. According to the reports by the police, they had received a call after a resident suspected something suspicious about the vehicle. According to the informant, the occupants in the car had unclear intentions prompting him to inform the police. 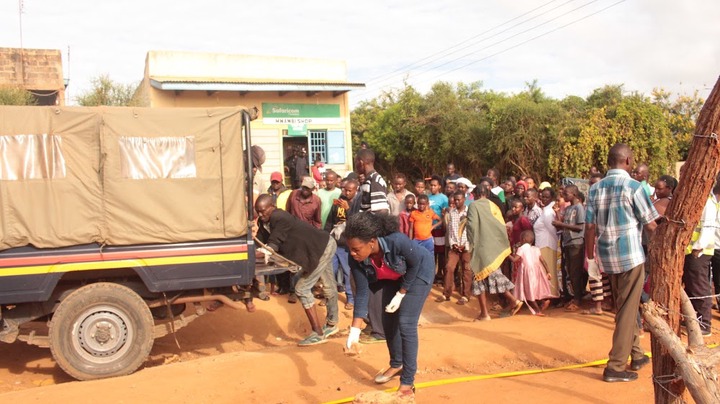 When the officers arrived at the scene, they were shocked after the car speed off. The officers also swung into action and speedily followed the car to identify what might have been taking place and why the occupants were running away. 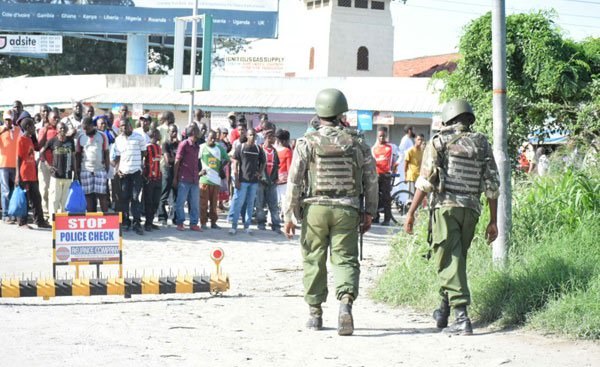 Efforts by the police to stop the car bore no fruits and the officers were forced to a hard chase. After a five-kilometre chase, the officers decided to shoot at the tires of the car before deflating two tires bringing the dramatic chase to an abrupt end. 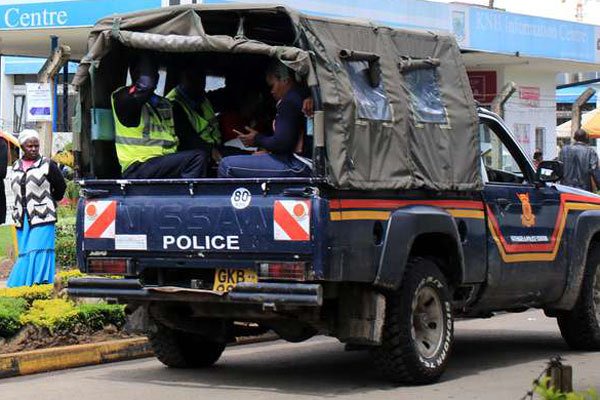 When the cops approached the ill-fated car, the four occupants, two men and two women walked out of the car naked shouting " we are not thieves". The four who have since been identified as Vianney Kibet, Silvia Kasiva, Esther Karingari and Denzel Njiru were escorted to Ruai police station.