A deadly accident that occurred along the busy Nairobi Expressway has left several people injured after a Bus allegedly Rammed on a private car.

In a news report that has been shared by a reliable source of information, it has been revealed that the driver of the bus allegedly lost control of the vehicle after which he allegedly Rammed on the private car.

Addressing this issue, police officers who are currently investigating this incident have revealed that over 20 people have been rushed to the hospital where they are currently receiving medical treatment after the deadly accident.

In a video that has been shared by a reliable source of information, the bus could be seen ramming over several Equipments along the same road after the driver lost control of the vehicle.

In what might be considered as good news, it has been revealed that apart from the victims who were rushed to the hospital where they are currently receiving medical treatment, no one lost their lives in the deadly accident as police officers continue with their investigation.

While reacting to this incident, kenyans who took to their different social media accounts to express their opinions and suggestions on the matter have called upon the inspector General of police along with the National Police Service to find a solution to the increasing number of accidents in Kenya.

According to the reports given by most Kenyans, they claimed that it was so unfortunate that the government or rather the National Police Service is yet to do something about the increasing number of accidents in the country despite the fact that people are constantly Loosing their lives on a daily basis. 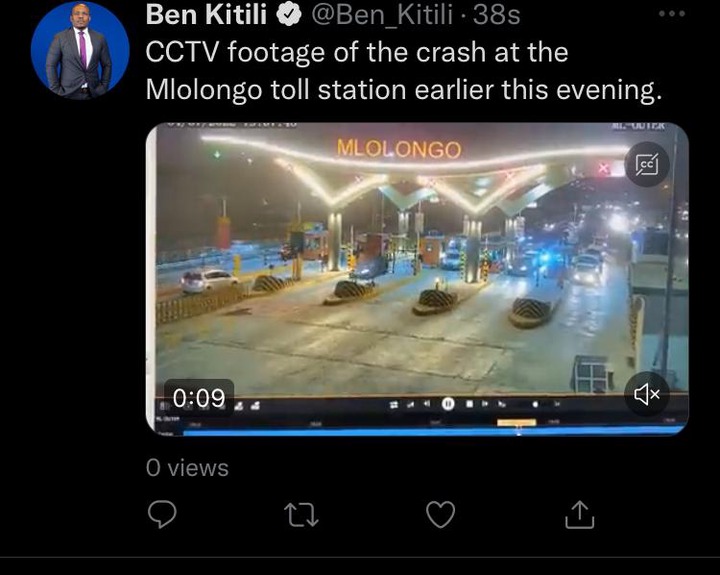 BOMAS: Chief Agents of the Presidential Candidates Summoned to the Lounge for Briefing