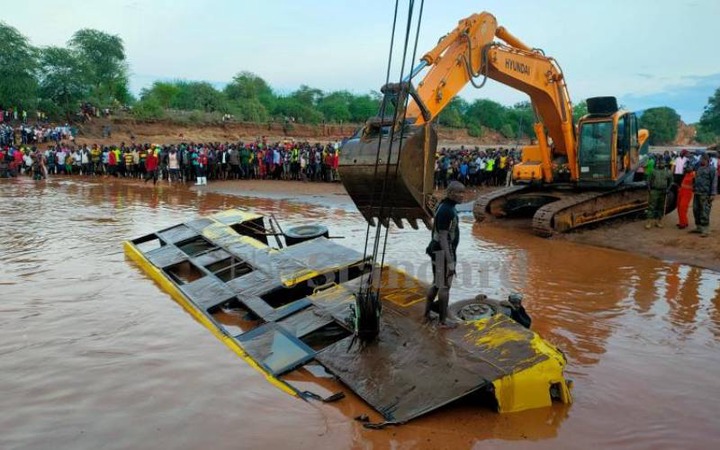 Survivors of the bus that plunged into the overflowing Enziu River in Kitui County last Saturday have revealed what happened and what they experienced during the fateful incident. Survivors told reporters that the bus victims died in agony. They described horrific near-death experiences as the bus was swept away by surging floods. 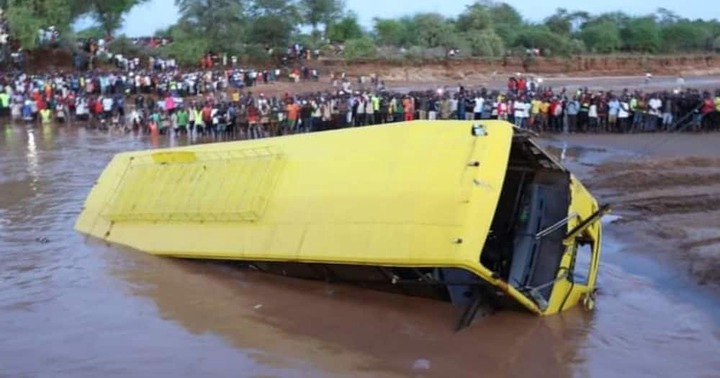 An experienced choir member who escaped, Mr Christopher Musili said that the most terrifying experience was struggling for oxygen and sight in the midst of moving water. People were yelling and flinging their hands around randomly, he said. He explained that filthy water and sand particles in their nostrils caused the 33 souls' terrible deaths. 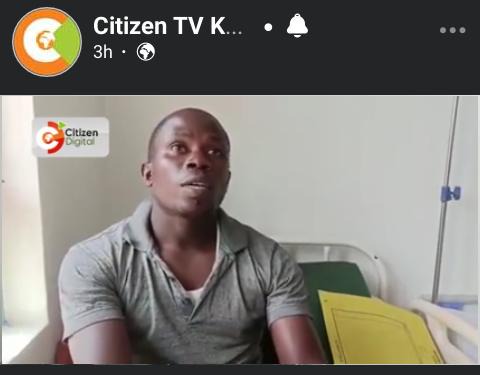 ''No one could see anything, but people stepped on each other to prevent drowning in surging waves that sanded their eyes, nostrils and ears,'' Mr Musili added. The lucky man was among the tens of choir members who were on their way to a wedding ceremony before they met the accident on the swelling bridge. “That is the moment that the bus fell and started sinking,” he told Citizen Digital. 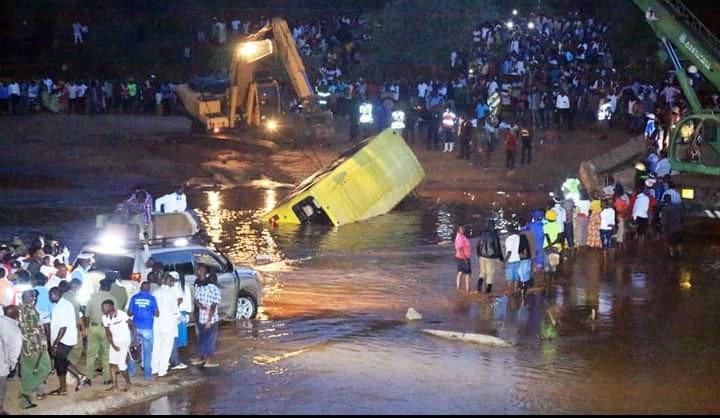 According to the media reports, the middle aged survivor, though still in shock, is grateful to God for giving him another chance to be alive. Nonetheless, Hezron Odhiambo, a Kenya Red Cross Aqua Expert, explains what to do if a car crashes into a river or any other body of water. Mr Odhiambo feels that if a car sinks, the passengers should open the windows. He thinks the open window will bring in fresh air and allow some people to swim.