By Waiver (self media writer) | 3 months ago

A man in Bumula, Bungoma region, lost his life in a lady's house in a deadly fight for the woman.

The man who was identified as Titus Wamalwa passed on the spot when his rival Oliver Wafula hit his chest with a sharp kitchen knife, leading to his death after a night long fight for one Ms Njoki.

In the incident that happened at Njoki's home, the suspect behind the killing got serious physical beatings from the deceased, who is reputed by to have been an accustomed fighter. 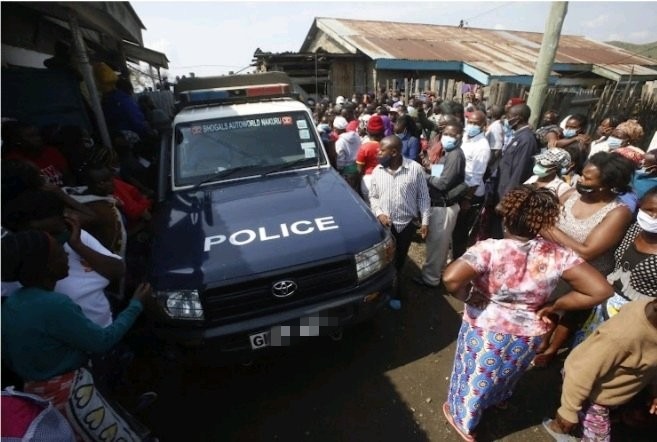 After being overcome, the suspect out of anger went after a kitchen knife in the house and stabbed his rival's chest, killing him on the spot. The suspect then quickly ran into hiding.

Criminal investigators found out about the episode and promptly arrived at Kimwanga market, looking for the man who was at long last cornered as he attempted to escape town. The bloodstained kitchen knife that was used in the killing was additionally recovered from the lady's home and will be presented in court as a evidence against the suspect.

What started as a simple quarell turned into a deadly fight and loss of life. 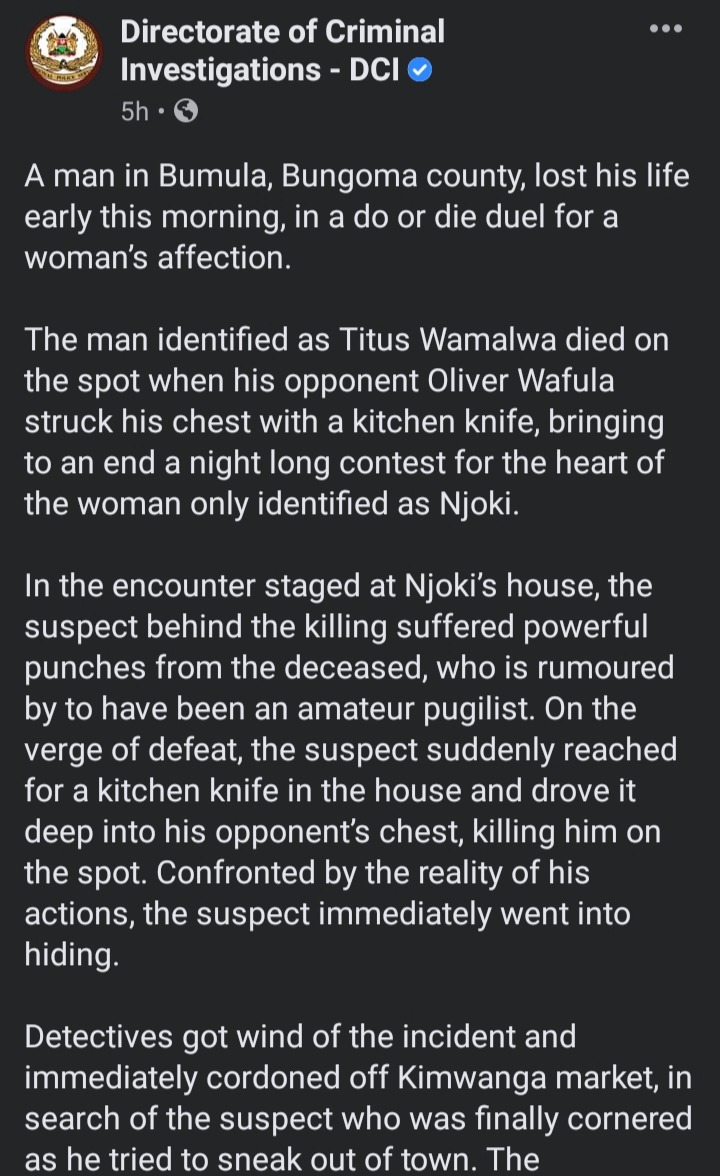