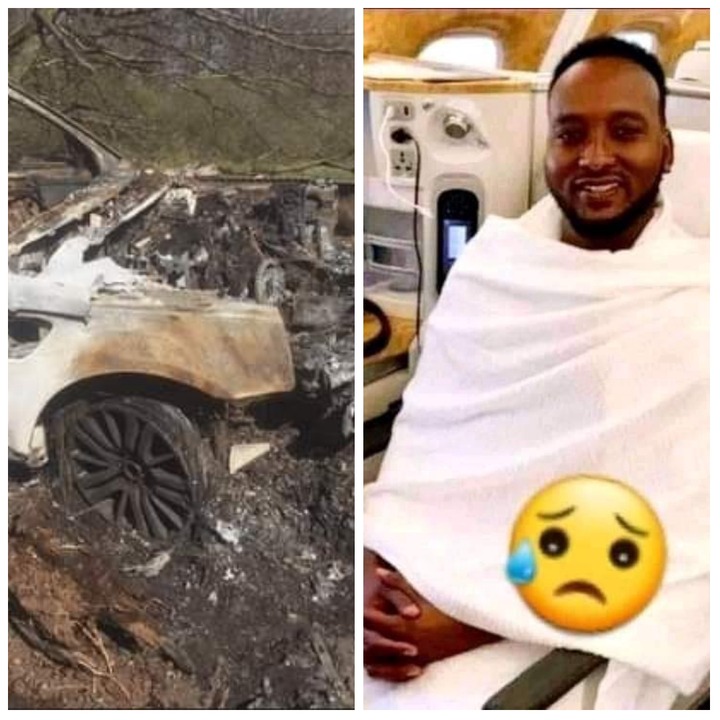 It is a sad evening to the family of the famous USA /Somalia businessman Bashir Mahmoud After his body was reportedly discovered in Mwea, Kirinyaga county.

According to sources, the family of the late lost businessman has confirmed the sad ending to one of the kins.

Bashir went missing several days ago after having some good times at Miale club in Nairobi.

In previous reports, Bashir was seen leaving the entertainment joint only for his vehicle to be stopped by some unknown assailants. 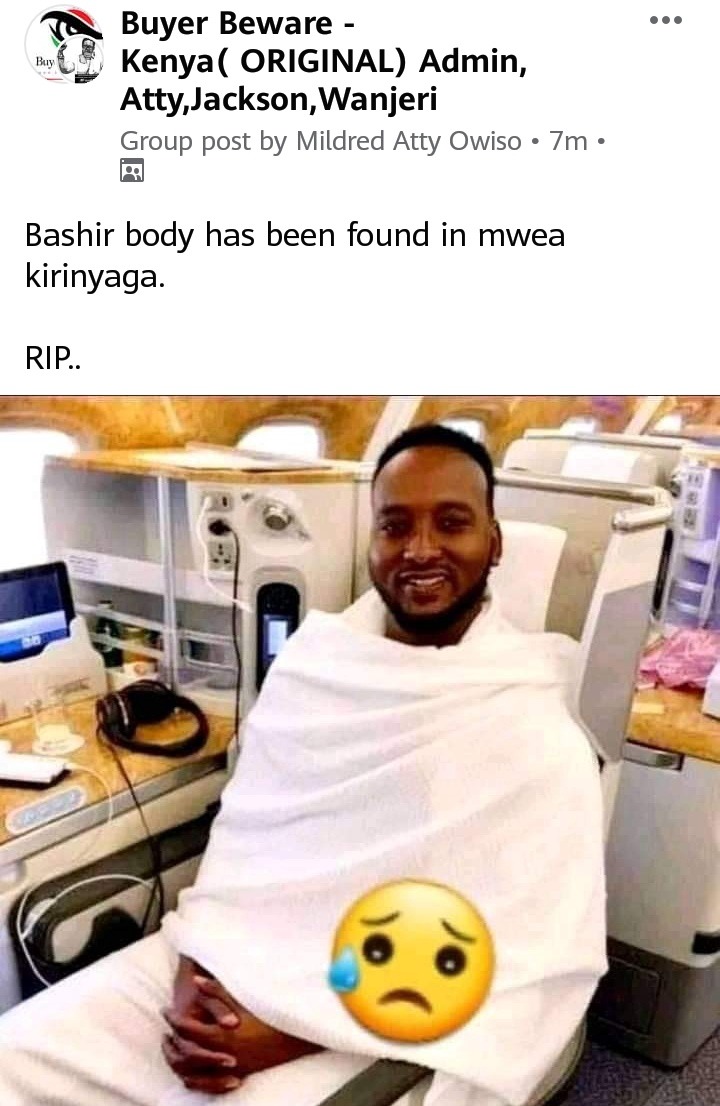 After minutes of causing a snarl-up at the busy intersection, everything cleared up and Bashir vanished never to be seen again.

Reports from the police indicated that his vehicle a Range rover was found burnt down to ashes in Ngong.

His family's through his lawyers led in searching, with less information about him heard after the abduction.

During his disappearance, Bashir reportedly called her wife who responded only for his phone to be switched off minutes later.

The famous businessman was a United States citizen who lived with his wife and kids in Kenya.

He was also involved in some major projects in the country where he has been spotted with the president and his deputy at one point.

Cases of people mysteriously disappearing in Kenya have been on the rise of late, a majority have however been found deAD UNDER SOME UNCLEAR CIRCUMSTANCES,it still remains a mystery as to who is doing such unbelievable things to their fellow human beings. 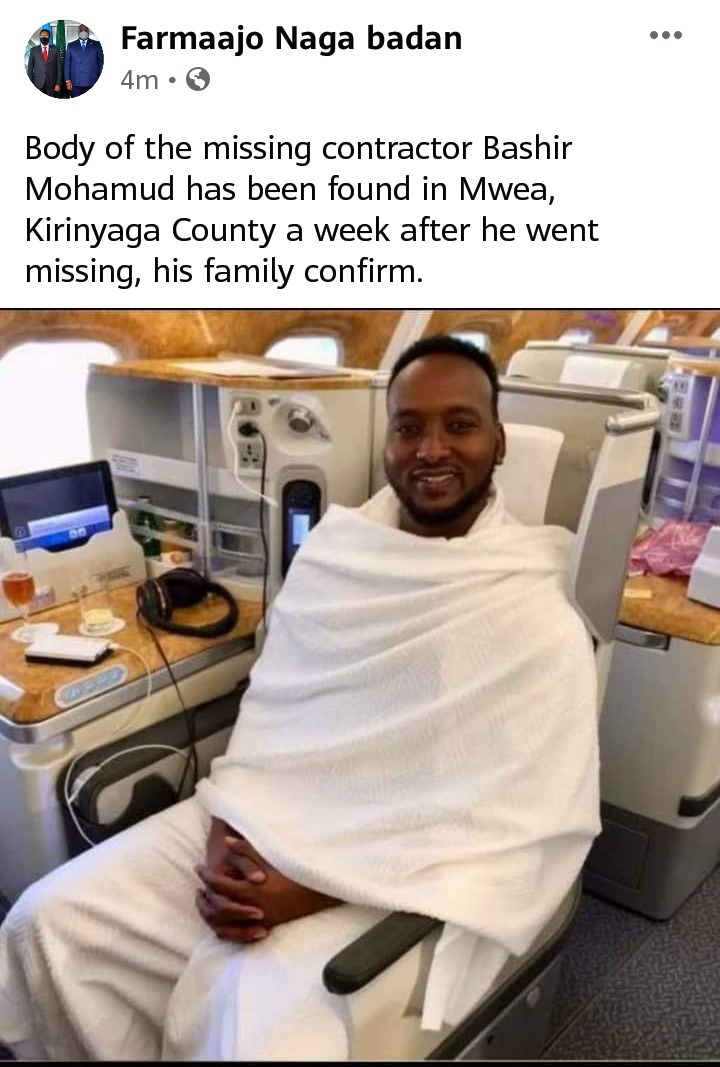 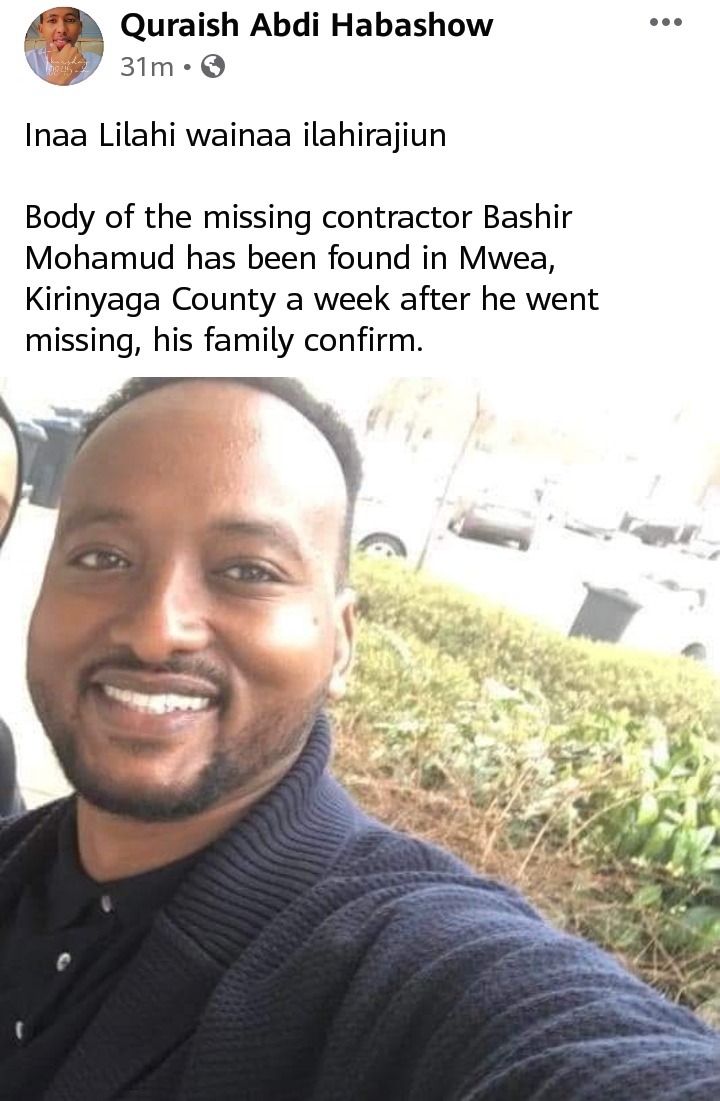 Kiambaa Residents Warned of Dire Consequences if They'll Not Vote in Jubilee Candidate; No Money

Government Reacts after Zambian President Collapsed While in a Government Function

"Mungu Mponye" See Why This African President Collapsed In An Event

Players Who Have Ever Collapsed On The Pitch