By Turfosa (self meida writer) | 25 days

Five people have been killed and one seriously injured while an unknown number of livestock has been stolen in retaliatory attacks between two pastoral communities in Kerio Valley.The attacks have claimed the lives of 12 people in the last two weeks. The latest incident took place around midday on Saturday in Kaben after suspected bandits from Tiaty in Baringo County crossed Kerio River and launched a retaliatory attack on herders before taking away more than 200 cattle and 60 goats.

Spiritual leaders from the warring pastoral communities have been blamed for fueling the attacks by offering blessing to the bandits before they stage the raids."We are having a report of more than 100 raiders from Pokot who killed two people and took an unspecified number of livestock. The family says they are more than 200 but sometimes they exaggerate the figures. This is a revenge to what happened on Friday where our Marakwet youths crossed over and killed two people in Kolowa and one of them (youths) also died there,” Dr Omar said by phone. 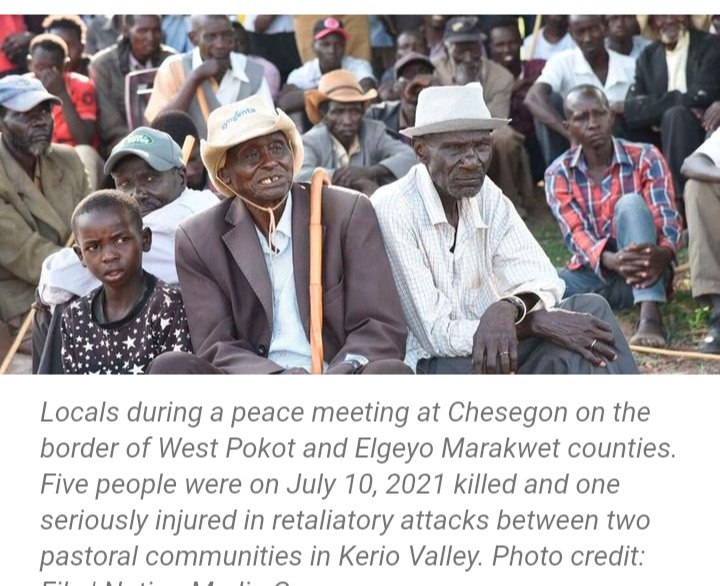 The naming of suspects behind recurrent cattle raids and ultimatum by the government for people to surrender illegal firearms has triggered fresh attacks among the warring pastoral communities.Among those who have been killed in the attacks are two peace committee members from Endo in Marakwet East. They were shot dead last week by suspected Pokot bandits who are among those on the wanted list.

"We have decided to name and shame those who are behind instability in the area. We cannot allow a few criminals to reverse the gains made by the prevailing peace in the region. They must be arrested, alive or dead,” said Marakwet East MP Kangogo Bowen.The naming of the suspects triggered suspicion and fear among the pastoralists and the attackers have turned their guns on members of the peace committee which was formed to foster a harmonious relationship among the warring groups.