Kenyans have taken to their different social media accounts to express their fears and concerns after another murder incident where the director of criminal investigations have revealed that they have arrested a woman who is reported to have stabbed a man to death under unclear circumstances. 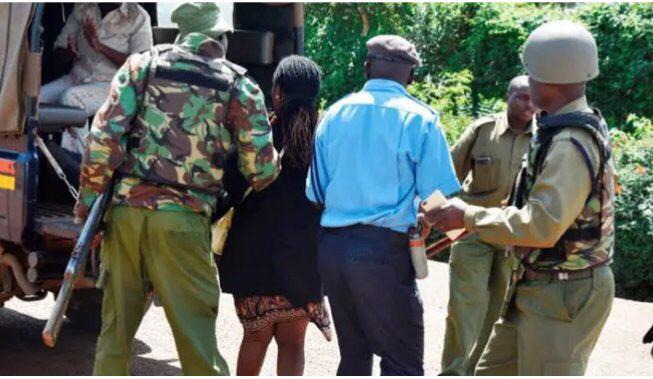 Taking to their twitter account to confirm the arrest of the suspect who has been identified as Grace Njeri Nyambura, they claimed that the deceased is reported to have been found dead moments after he was heard arguing with the suspect who later fled from the crime scene.

Nyambura is reported to have dissappeared moments after the deceased who was at the time of his death 35 year old was found by a couple of concerned Kenyans who immediately alerted the local authorities who found the dead body lying in a pool of blood.

According to the reports given by the agents from the director of criminal investigations, the claimed that the deceased was stabbed several times in his chest along with his neck in one of the incidents which they claimed might be related to another incident that had happened earlier on.

The suspect is reported to have been taken to the DCIs offices for more investigations and questioning waiting to be charged with murder among other charges.

This incident has sparked alot of mixed reactions from Kenyans who seemed to have been confused on why there was an increasing number relationship related deaths. With a section of Kenyans claiming that maybe she was defending herself, others went ahead and called upon the government to consider introducing monthly mental health sessions to educate Kenyans on how to handle certain issues. 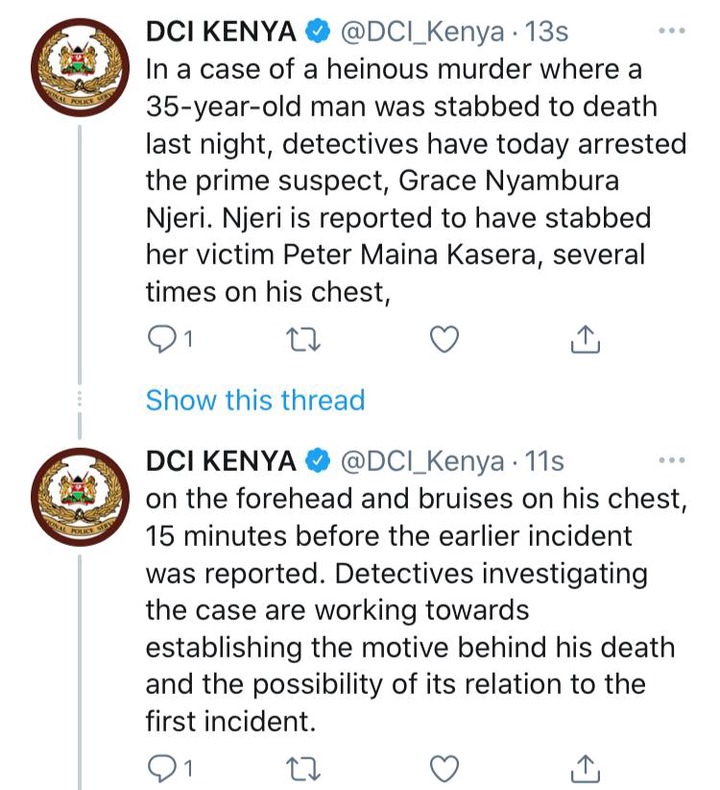