Irate mob ambushed school teacher in miraa plantation, frog marched to the road and lynched him 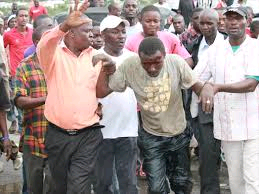 Irate mob ambushed school teacher in miraa plantation, frog marched to the road and lynched him.

The incident happened in Embu County.

Preliminary investigations revealed that the victim had altercation over unknown issue leading to the unfortunate incident.

"Irate members of the public ambushed Muriungi Murungi in a miraa farm, frog marched him to the road and beat him up with crude weapons until he died." The police boss said.

The body of the deceased was later found lying along the road by the police officers who responded to the scene.

The officers photographed the scene and moved the body to the morgue pending autopsy.

Investigations into the alleged crime incident has since been launched.

Police were yet to establish what transpired between the group and the deceased.

This comes barely few days when a similar incident was witnessed within the same region. 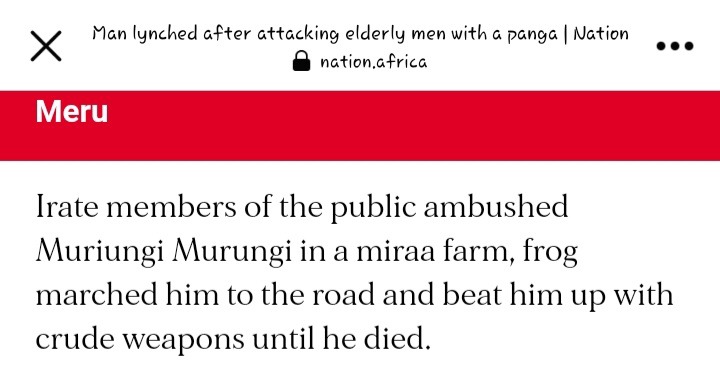