By TheDay (self meida writer) | 1 months

There was a little bit of panic in one of the stores in Easltleigh after a group of armed men who disguised themselves a customers pulled out a gun on the unsuspecting owner of the shop after which they robbed her of an unknown amount of money. 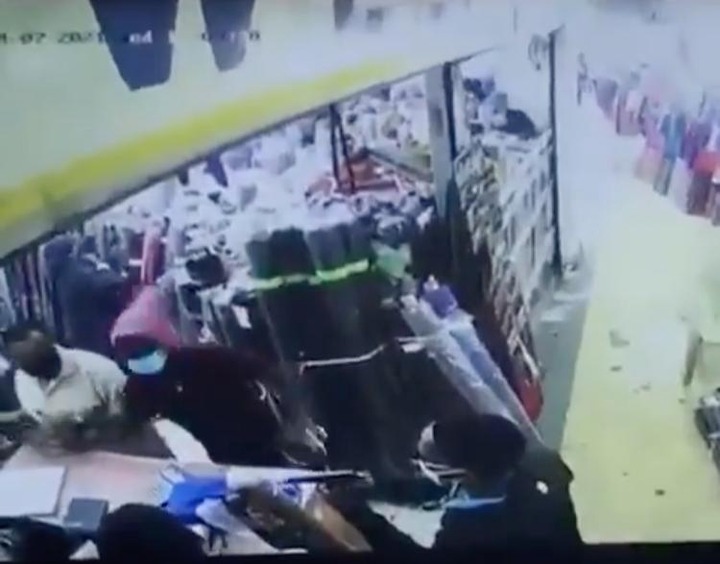 In a video that has since gone viral all over the internet and is still making rounds on different social media platforms after being uploaded by controversial Kenyan blogger who goes by the name of Cyprian Nyakundi, the suspects could be seen walking in while pretending to look for what to buy.

This would later be followed by a dramatic scene after two of the suspects who were among the unknown number of thugs in the shop pulled out a gun on the owner of the shop only to free from the crime scene leaving the stranded owner of the shop in fear.

This incident has sparked alot of mixed reactions from Kenyans who seemed to have been confused on why there was an increasing number of criminals in the country in the past few months.

With a section of Kenyans claiming that maybe this was because of the current situation where alot of Kenyans were jobless, others went ahead and called upon the agents from the director of criminal investigations to look into this matter before things get out of hand. 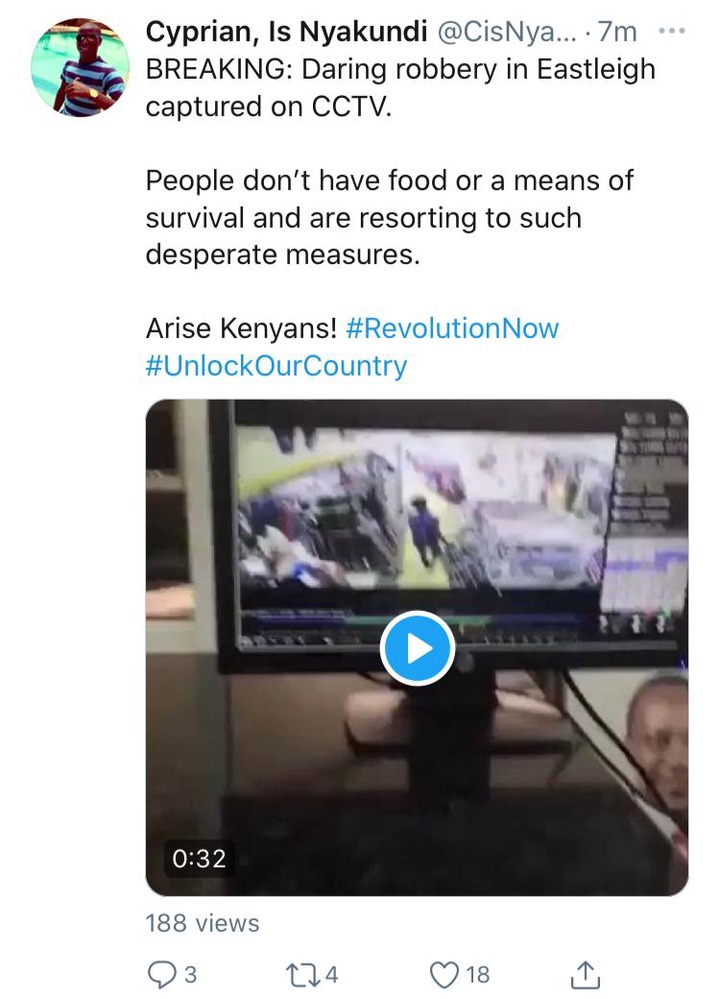 Government should intervene and evict people from this sinking island in lake Victoria.