By Djrhymez (self media writer) | 18 days ago 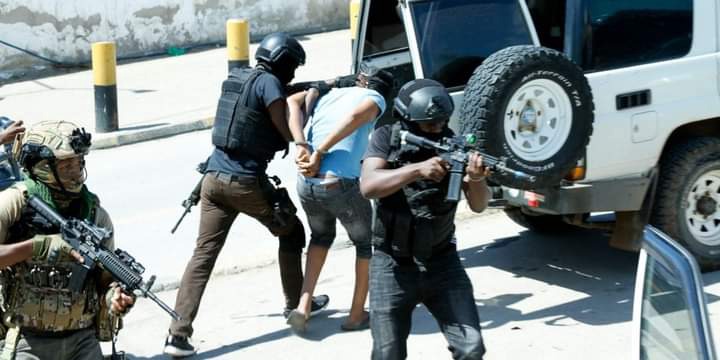 Fear has gripped Kwale County after a famous area businessman was reported abducted by people who identified themselves as cops.

According to Haki Africa this is not the first time that people have been abducted by people who said they were cops only to be found dead later. 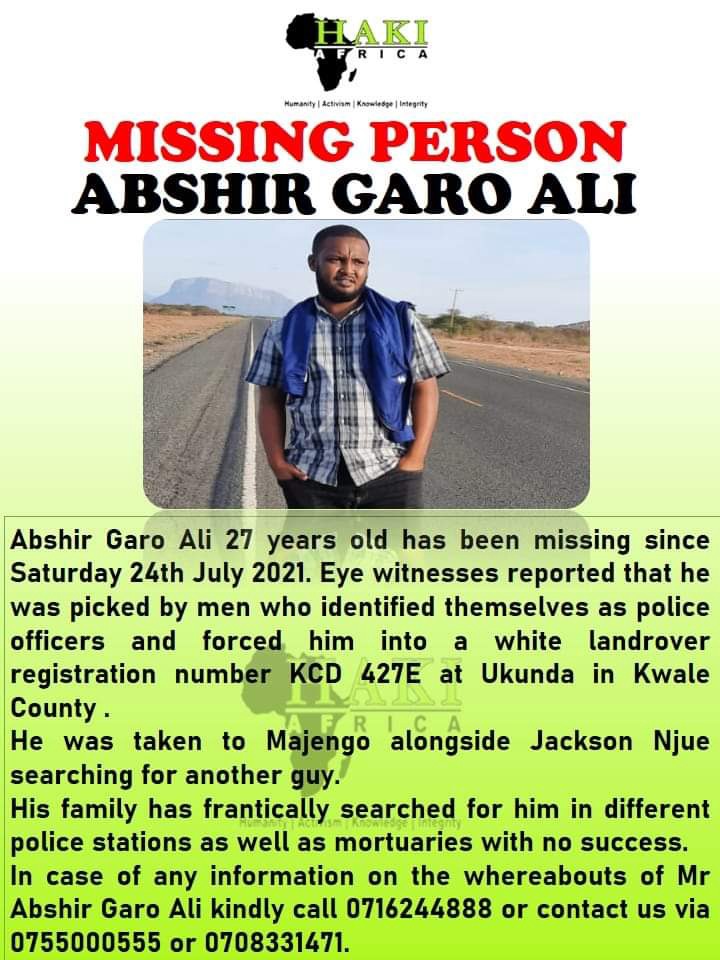 Abshir went missing on July 24, 2021 after he was picked by men who identified themselves as police officers and forced him to white landrover registration number KCD 427E at Ukunda in Kwale County.

His family has been searched for him on different police stations, hospitals and mortuaries with no success.

A huge number of these incidents have ended up in tears after victims were found dead.

However a similar incident occurred two weeks ago where a well-known tycoon was abducted and released days later. 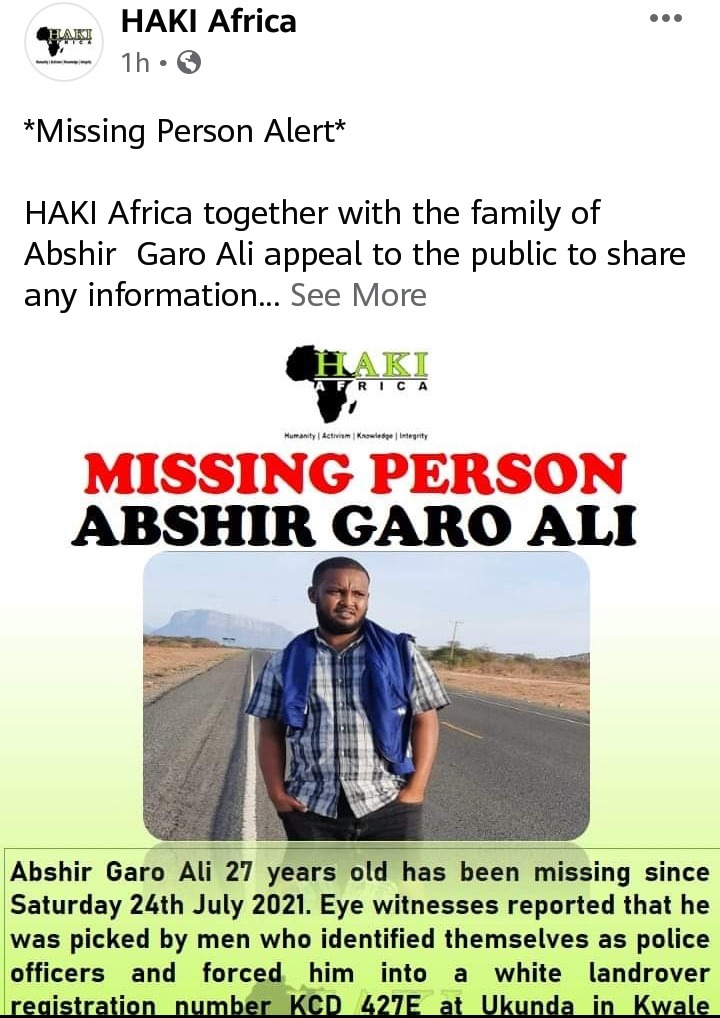