A military army was today reported death. According to NTV the Army man was found to with injuries In his chest and a finger bitten off. According to the police, the army man had some conflicts with his wife while they were in Kahawa Wendani . 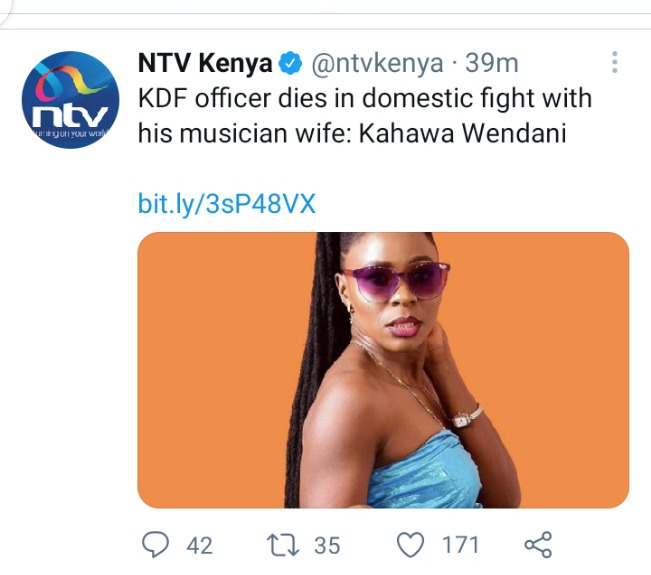 The wife is being reported to be an upcoming musician who goes by the name Zion Achena. Currently the woman is being held at the police station as the police carry out more investigation .

According to NTV , this two had domestic fight which led to the life loose of the army man .

It was reported that this woman was starting off her music career and some point they had conflicts with the husband but it is not clear on what happened between this two . For now the body of the man shall Remain in mortuary until the investigation is done .

Content created and supplied by: Skysport254 (via Opera News )

Army NTV
Opera News is a free to use platform and the views and opinions expressed herein are solely those of the author and do not represent, reflect or express the views of Opera News. Any/all written content and images displayed are provided by the blogger/author, appear herein as submitted by the blogger/author and are unedited by Opera News. Opera News does not consent to nor does it condone the posting of any content that violates the rights (including the copyrights) of any third party, nor content that may malign, inter alia, any religion, ethnic group, organization, gender, company, or individual. Opera News furthermore does not condone the use of our platform for the purposes encouraging/endorsing hate speech, violation of human rights and/or utterances of a defamatory nature. If the content contained herein violates any of your rights, including those of copyright, and/or violates any the above mentioned factors, you are requested to immediately notify us using via the following email address operanews-external(at)opera.com and/or report the article using the available reporting functionality built into our Platform 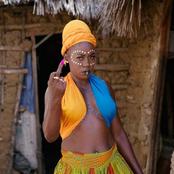 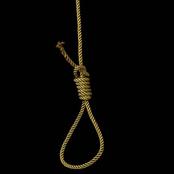 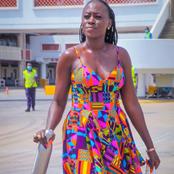 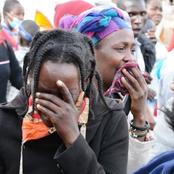 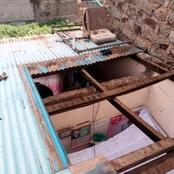