By EverythingKenya (self meida writer) | 28 days 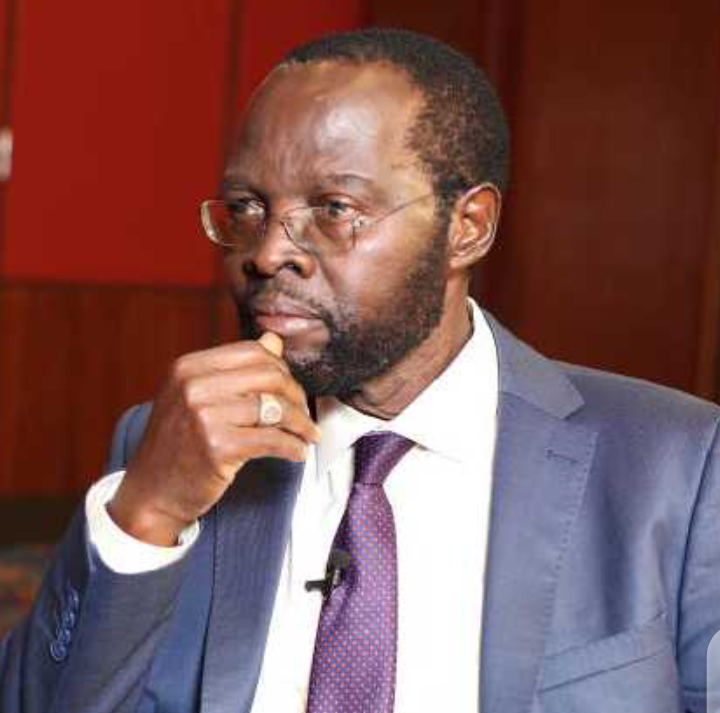 Few days ago, there has been speculations that, the Governor for Kisumu County Professor Anyang' Nyong'o might have died.

Somes Netizens went ahead to ask Popular Bloggers Denis Itumbi and Robai Alai to confirm that the sad news were true.

Mwangi Muthiora who was also puzzled as to whether Anyang'Nyong'o was dead or not had it that, some of his friends in USA where Nyong'o was admitted had posted an alert about his demis.

However, the governor has come out clear refuting the asertions that he was dead.

Nyong'o had it that, there were disgruntled people who had plans to derail the speedy economic growth in Kisumu, who would wish to see him dead as early as yesterday.

Nyong'o added that, the rumour on Twitter announcing his passing on was the evil genius of desperate opponents.

The Kisumu Governor claimed that, the rumours that he was dead should be dismissed with the contempt it deserved.

While responding to the governor's remarks, Cleophas Ochieng asked him to keep strong.

He added that, those were disperate fellows seeking attention from the public yet they had nothing to offer to the common wanainchi.

Since 2013, there has been cases of governors who had died while still in office.

Nyamira Governor John Nyagarama became the fourth governor in the country to die in office since 2013. 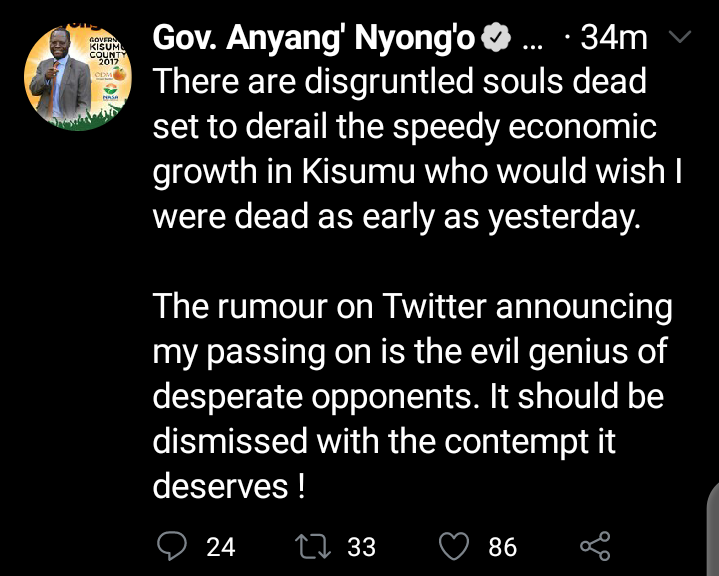