By Tetto (self meida writer) | 3 days 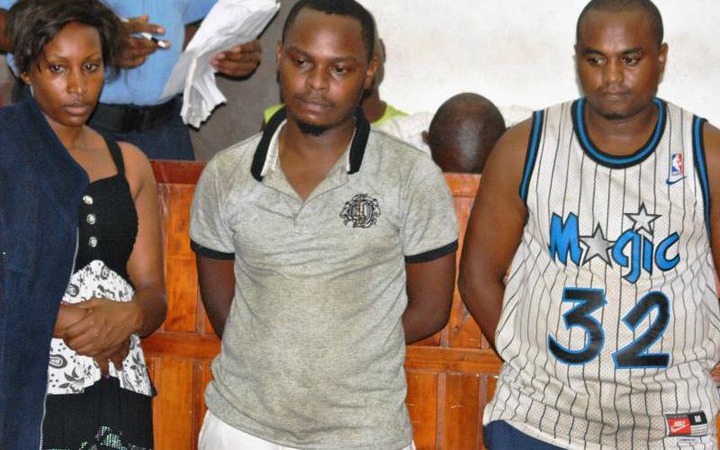 The Sunday Standard reports of damning and equally shocking revelations concerning the four Kitengela men who went missing several days ago with two of them having since been found dead. The four Kitengela men are Benjamin Imbae, Brian Odour, Elijah Ochieng' and Jack Ochieng'.

The kenyan police and records obtained by The Sunday Standard from the judiciary have unearthed new details about the four men, which suggest that the four were involved in complex criminal activities in Mombasa and Kilifi counties prior to some of them now meeting their ultimate death. The publication reveals that the four were well known in Mombasa and were directly linked to various criminal activities in the coastal region. 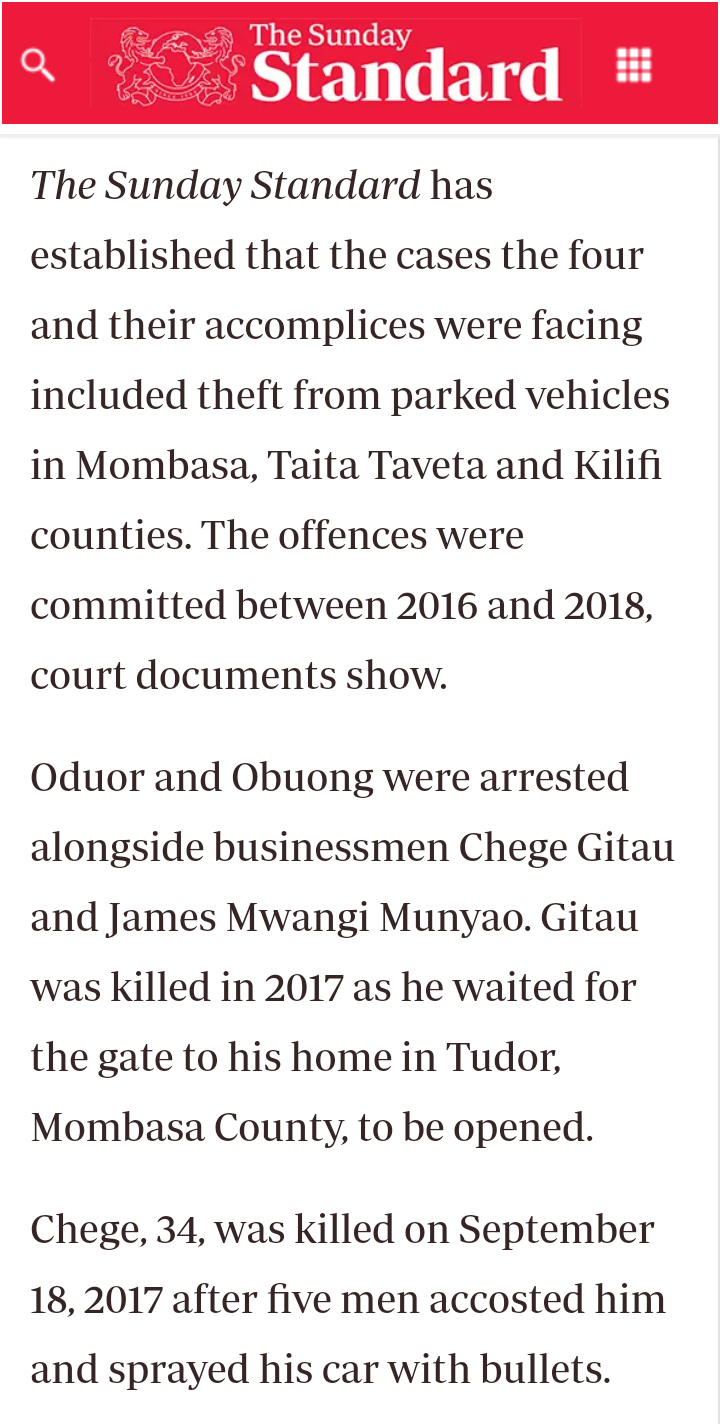 What is more shocking is that the four men all had pending cases in courts with their accomplices in Mombasa dying under mysterious circumstances, the latest being the two men who were killed in Changamwe, Mombasa very recently after their car was sprayed with bullets. Police said they had been trailing the 2 men linked to the Kitengela four for some time and that they may have been targeting to steal from a local supermarket.

The publication goes on to reveal that the men who were facing multiple theft crimes in Mombasa, Kilifi and Taita Taveta counties lived a dark life. Obuong and Oduor were at one time arrested together with their accomplices identified as businessman Chege Gitau and James Munyao with the former already dead after being sprayed with bullets at the gate of his residence in Tudor, Mombasa. The slain Chege was well known by his neighbors in Mombasa for being a dangerous criminal as his story was all over the media after being implicated in a series of robberies at the coast.

Urban police station boss Lucas Ogara spilled the beans on Chege's criminal past saying that he was directly linked to the four kitengela men who also had other cases of stealing pending before a Mombasa Court of law in criminal case files 1047/2018 and 46/2018.