A middle age woman from Nyeri County is currently under police custody for allegedly beating her boyfriend to death, in a domestic quarrels in their home.

According to police reports, a 75-year-old Deutsch national died mysteriously after a heated argument with his girlfriend which turns ugly when the alleged woman beats him to death. 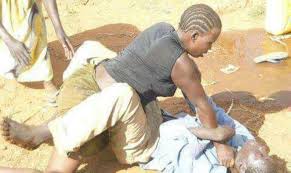 The statements filed in Nyeri police station indicate the deceased's lifeless body was found hanging from the door frame of their master bedroom, the time when the police arrived at the scene.

“An argument then ensued forcing him to flee for dear life, after the woman allegedly threatened to kill him using a kitchen knife. The deceased then locked himself in the bedroom, where his lifeless body was later found,” police reports said. 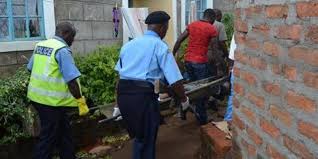 The suspect by the name Rosemary Wangui, who filed her report at Nyeri’s central police station, said she had visited her ailing mother in nearby Othaya earlier in the day.

But on returning home in Nyeri’s Muhasibu Estate along Gamerock area, she allegedly found her husband breathing fire, accusing her of infidelity.

Confirming the incident Nyeri county deputy police commander in the statements to media said the suspect has been arrested and taken into police custody, where she awaits to be arraigned in court once the investigation is complete. 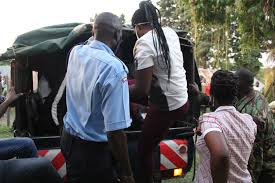 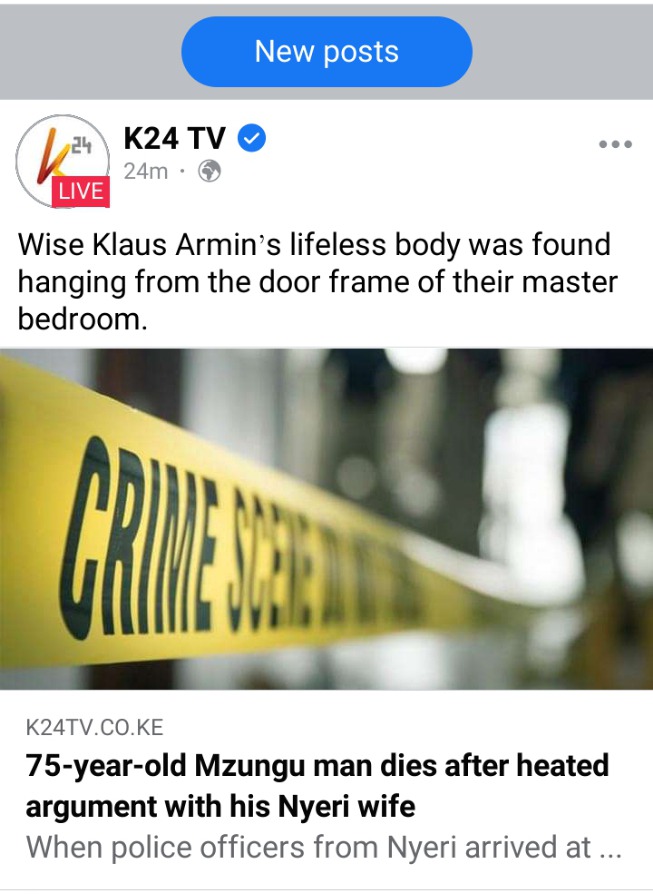