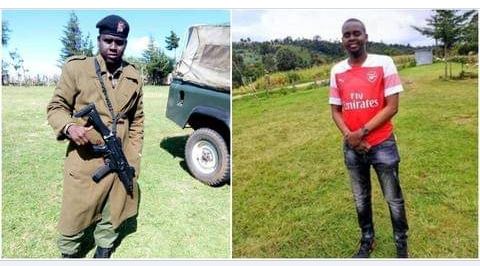 Police are investigating an incident in which a police officer identified as Arvin Nzole who was in charge of manning KCPE examinations was found dead at his house today morning.

His colleague knocked his door to wake him up as usual but he did not respond. The colleague informed the sergeant in charge of Tumaini Police post. Together, they broke the door but found Arvin lying dead on his bed. The body had no visible injuries thus indicating that he wasn't killed and didn't commit suicide.

After a further look inside the house, they discovered a bottle of chrome vodka 250ml which had only been drank half. In addition, there were medical records indicating that Nzole was battling some stomach complications.

The body was taken to JM Kariuki hospital morgue where a postmoterm is set to be conducted to establish the cause of death.

Our sincere condolences to his family members, colleagues and friends during this hard period.