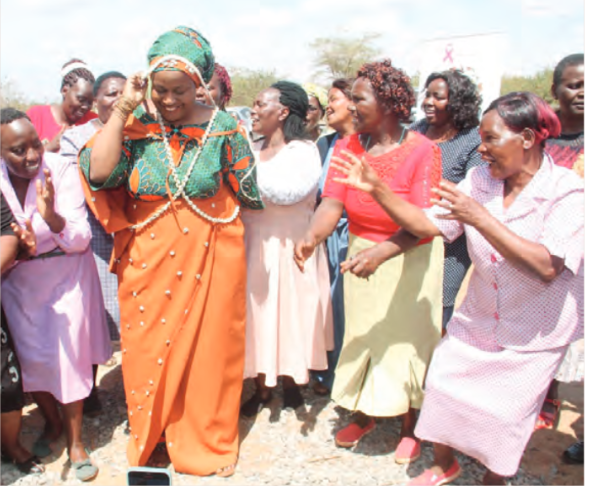 Ululating is used to liven up ceremonies such as weddings and other happy events. A 53-year-old woman has been earning a living from this, where people pay her to make their event more appealing.

Margaret Wanjiku said that she learned this special skill from her grandma when she was 10 years old. She explained how she heard her grandma ululating at an event back then and started to imitate her since she liked it. From there, she continued to practice until she became a pro.

The journey of doing it as a career began back in 1983 when she was invited to a wedding to do it. She was paid Sh3000. Then she used that money to venture into agriculture.

However, COVID-19 almost put an end to her career. At that time, no social gatherings were held. This made her rely on farming. Her career started shaping again when political campaigns began. Politicians would invite her to entertain at their gatherings before they addressed people.

According to the source, Wanjiku charges Sh5,000–Sh10,000 per event, depending on the client and the nature of the event.

As much as it seems interesting, it also has its downside. Wanjiku explained that on the day of her performance, she eats nothing until the event is over. She said that eating before the event starts interrupts the process.

She also revealed to The Star that she was invited to an event to perform in front of President Ruto, who was then the deputy president. This year, she also performed at an event attended by Prime Minister Secretary Musalia Mudavadi's wife.

Furthermore, she said that her family loves what she does and that her granddaughters have shown interest. In addition, she revealed that her late husband loved her talents and would attend functions just to listen to her.

In conclusion, she wished people would embrace ululating as a method of entertainment instead of inviting professional musicians and comedians all the time. 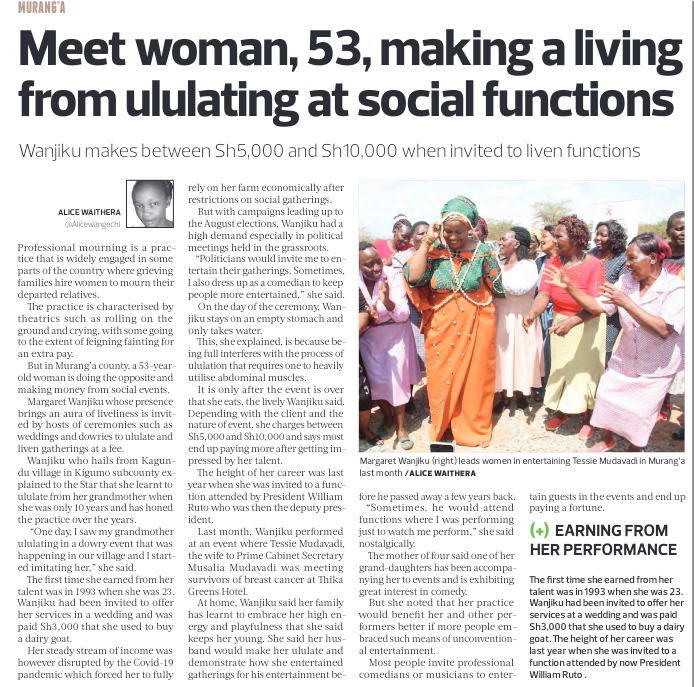