A tractor driver and his male passenger died while undergoing treatment at Kaplong Mission Hospital after the tractor lost control and plunged into River Sisei in Kapkures area along Kapkures – Tembwo murram road in Sotik Sub- County Wednesday evening. 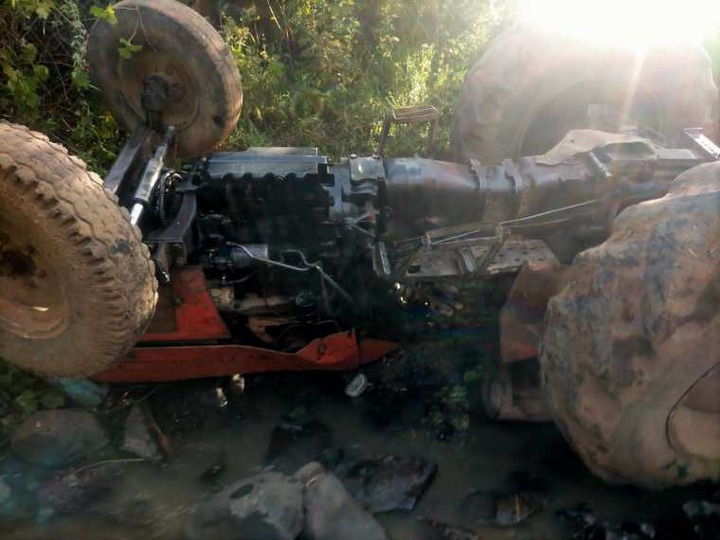 Confirming the accident, Sotik Sub-County Police Commander Francis Ng`ang`a said another passenger was seriously injured after the Massey Ferguson tractor that was being driven by one Charles Cheruiyot plunged into the river.

Ng’ang’a said the tractor was heading to Tembwo from Kapkures and on reaching Kapkures bridge on Sisei River, lost control and hit the bridge’s pavement whereupon it fell into the River 10 metres below.

He said during the 4.30 pm incident, the driver and his two passengers were rescued and rushed to Kaplong Mission Hospital. “The 45-year-old driver and a passenger identified as Elvis Rono, 27 died while undergoing treatment,” he added.

He said a 35-year-old woman who was also in the ill-fated tractor was still admitted to the said Kaplong hospital in a critical condition.

The bodies were moved to the said Kaplong Mission Hospital awaiting postmortem and further investigations into the accident.

Two weeks ago, a motorcyclist and his female passenger died on the spot and a second pillion passenger was injured when a Toyota probox motor vehicle rammed into them at Chepkosa area also known as Meja along the Bomet Kaplong road.

Sadly, the number of those who die in road accident have been increasing every year.

Data from the National Transport and Safety Authority (NTSA) indicates that the number of road accidents fatalities across the country in 2020 was 3,707 compared to 4,347 by mid-December 2021, representing an increase of 17.3 per cent.

This figure is considered to be the highest in the last five years. The report released on December 16, 2021 also indicates that 4,347 people were seriously injured in road crashes during the same period. 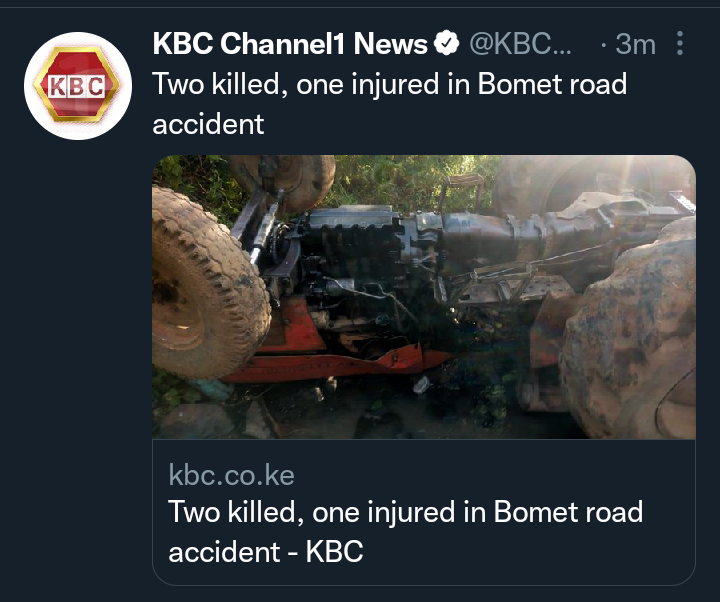 The majority of these people who die in these accidents are vulnerable road users – pedestrians, motorcyclists, and cyclists. In addition, nearly one-third of deaths are among passengers – many of whom are killed in unsafe forms of transportation

Ndlovu Prophecy Come To Pass, Will This Too Be Fulfilled And Make This Leader The Next President