'Drama as Two Sex Workers Fight For Free Money Given To Them By a Man, One Claims It Was a Debt

Drama happened along Kenyatta Avenue after two commercial sex workers engaged in a bitter fight over the share of free money given to them by a man. 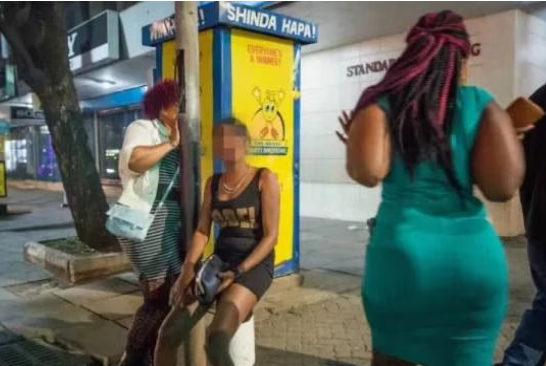 The early morning incident attracted passersby who were arriving in the city, as their colleagues watched in disbelief.

According to a report by local publication, one of them claimed that they were beckoned into the car of the man who gave them some cash, but her colleague shortchanged her.

However, the one who received the cash said that the money was a debt for services rendered, a claim that infuriated the colleague.

"Shiro has made it a habit, the other time she behaved the same way and hit me with a broken bottle on my leg. This time round I am not sparing her," the angry woman was heard shouting.

She then confronted Shiro for a fight, tearing off her wig. The fight that lasted about 10 minutes was later followed by unprintable abuses from each of the women, while their colleagues said that they had earlier tried to reconcile them without success.