By TheReporterr (self meida writer) | 3 days

A police officer from Nakuru is currently mourning the untimely death of his 3 children along with his house help who allegedly died in a fire tragedy which allegedly started in the middle of the night. 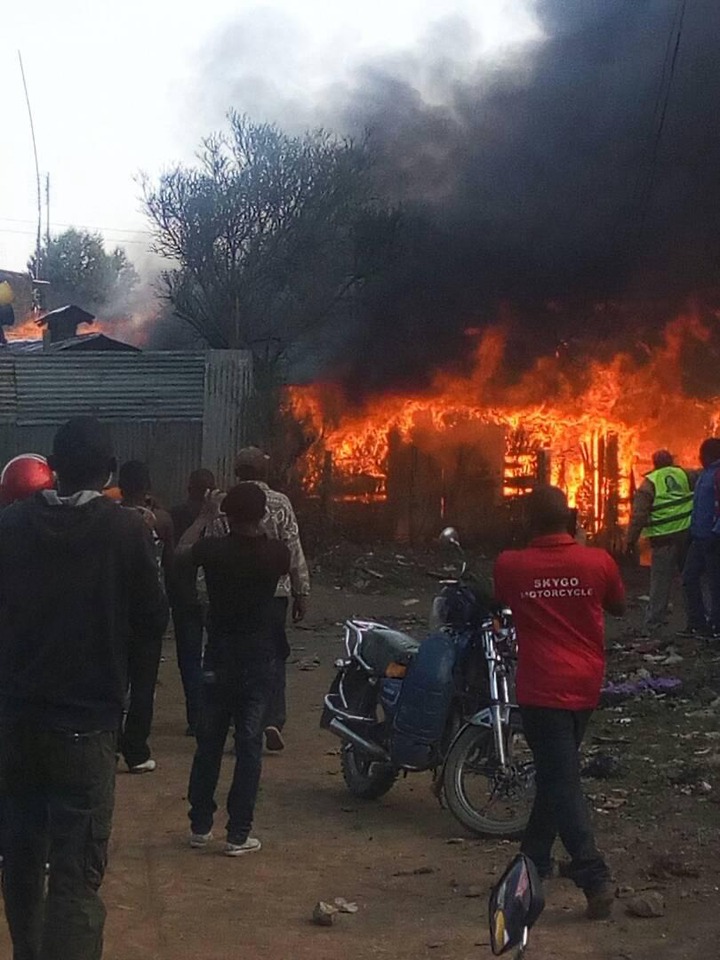 According to the reports given by the witnesses or rather locals from Nakuru, they claimed that all they heard were noises from the victims after which they rushed to the scene in order to attempt to rescue the deceased.

This was followed by a dramatic scene after they allegedly tried every means possible to try and put out the fire in an incident which was made hard by darkness as well as the strong wind which increased the fire in the entire house.

Unluckily, three kids who were in the house died on the spot where the maid who was also in the house together with the kid succumbed to her illness while she was being rushed to the nearest hospital where she was declared dead minutes after arriving.

In what might be considered as bad luck, the officer who was also the parents and the owner of the house had reportedly lost his wife several months ago in another tragic accident which allegedly happened along Nakuru highway.

Due to this reason, residents of Nakuru have called upon the county government of Nakuru to make sure they add more firefighters in the region to help them combat fire incidents because according to them, this incident might have been presented.

This incident has sparked alot of mixed reactions from Kenyans who seemed to have been confused on what could have actually the fire incident. With a section of Kenyans claiming that maybe the woman had started the fire on purpose, others went ahead and called upon the fire experts to reveal the actual cause of the fire after which they sent their heart felt condolences to the family and friends of the deceased. 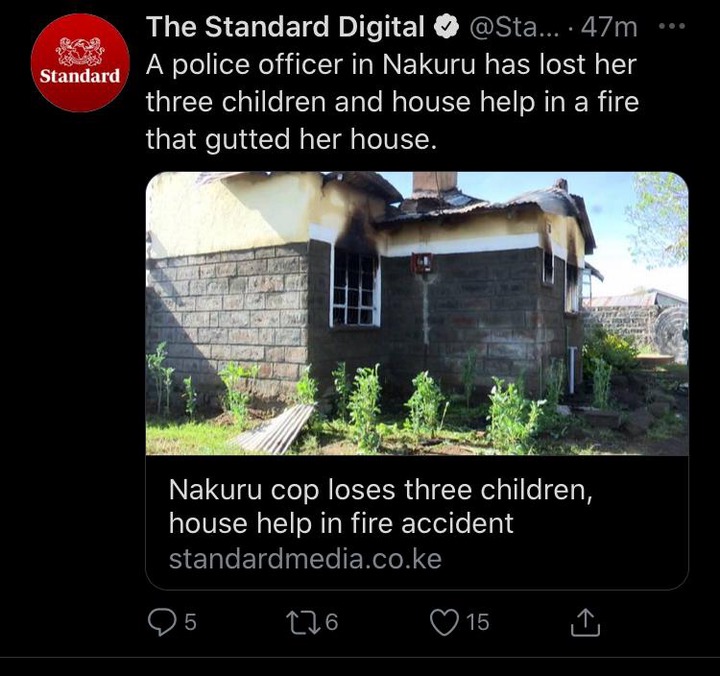