A prison warder at the Thika GK Prison in Kiambu County has been arrested for allegedly raping a 21-year-old woman on Monday who had gone to visit her husband, who works at the facility. The alleged victim said she lives in Kisii, where her spouse previously worked and was going to Thika her husband's current station on Sunday after her husband send her bus fare via M-Pesa. 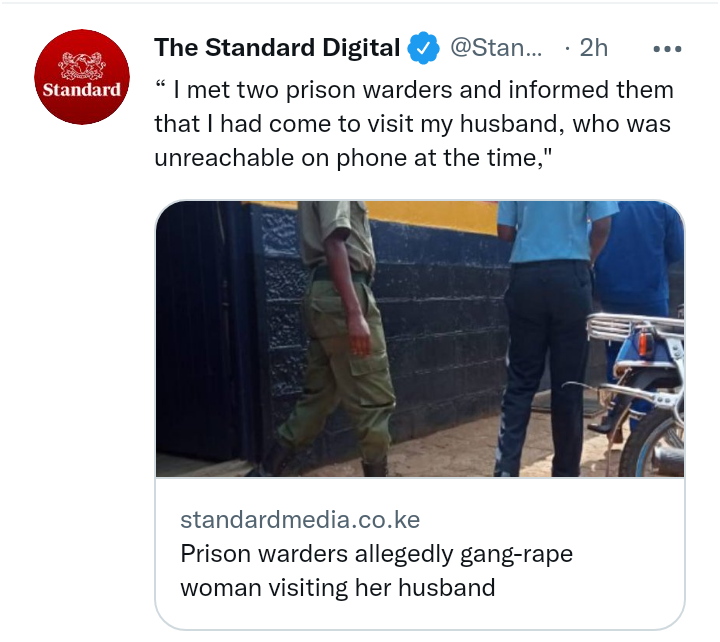 On that Sunday, she and one and a half years arrived in Thika at 8pm on Monday. “At the Thika GK Prison’s main gate, I met two prison warders. I informed them that I had come to visit my husband, who was unreachable on phone at the time. I, consequently, asked the two warders to assist me trace him,” she said.

She revealed that she sat there for about 2 hours and at 10pm, the prison warders told her that their attempts to trace her partner were futile. 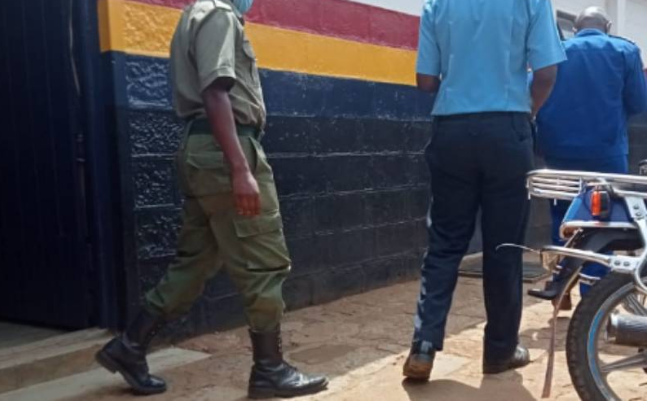 Because it was raining heavily that night, and one of the prison warders took her and her child to a small mabati house one of the police quarters in the facility and asked her to spend the night awaiting the following day when they were to help her trace her husband.

The woman alleges that a few minutes to 11pm, the two prison warders, who had earlier received her, returned and locked the door from the inside using a chair.

“One of them grabbed and pinned me down on the floor. He, thereafter, brandished a firearm and warned to kill me if I dared scream as they took turns raping me," she said adding that they left after allegedly committing the criminal offence. The woman claims she spent the whole night crying in the room.

“In the morning, I bumped into a female prison warder, whom I confided in. She took me to her senior supervisors, who I reported my ordeal to. I, thereafter, went to a hospital in Sega Town for medication where I was referred to Thika Level 5 hospital."

She later went to Thika Police Station where she filled a rape report captured under OB Number 88/12/10/2021. According to Thika West Sub-County Police Commander Daniel Kinyua confirmed the incident revealed that one of the prison warders suspected of sexually abusing the woman was arrested.