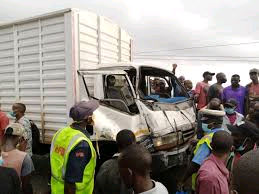 The accident along Kapsokwony-Chwele road, occured at around 6pm late Thursday today.

Police said it involved a head-on collision of a lorry and Nissan.

Three people from the lorry also sustained serious injuries after the crash.

The bodies of the three were retrieved from the accident scene by first responders at the site.

An eye witness filed the report to the nearest police station.

Preliminary facts by police officers who responded to the scene indicated that the driver of the lorry lost control of his breaks and collided head-on with an oncoming matatu.

Meanwhile, the bodies of the three deceased were transferred to the hospital mortuary awaiting postmortem.

The accident victims were evacuated at different hospitals and are receiving emergency treatment.

Police have launched investigations into the alleged incident as the motorvehicle wreckages were towed to the police station for inspection. 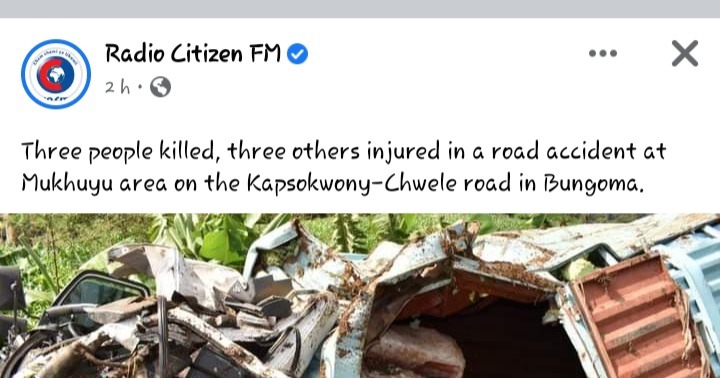 Content created and supplied by: Ondolo52 (via Opera News )