Man Puts on Woman's Clothing to Resemble a Lady, Then Secretly Enters The Street With Unknown Agenda

By Trendingnewster (self meida writer) | 29 days

Two male suspects were arrested on Monday by detectives attached to Lang'ata police station for believing that they are on a crime mission.

It is suspected that the two might be targeting the fitness enthusiasts who normally perform their activities along Lang'ata road and Mbagathi road early in the week hours of the morning and late in the evening.

The police report confirmed that one Peter Omweno Momanyi, a 24-year-old was dressed in s woman's cloth to camouflage his appearance. The appearance is want prompted the security officers to get attracted to them. When the detectives ordered them to stop for investigations, the duo responded negatively and ran away.

John Muchiri Kimani, a 25-year-old was the one dressed in the normal dress code of a man, but what rose suspicion was the fact that he was with the guy who had dressed as a Lady.

However, luck was not on their side as a group of young crime busters attached to Lang'ata, ran and caught up with them past Mbagathi bridge. With them, there were crude weapons suspected to be used as tools for the crime.

The two men are currently under custody awaiting to be arraigned in court. The DCI has also urged members of the public who have lost their valuables to the two to file a report at the station for an action to be taken. 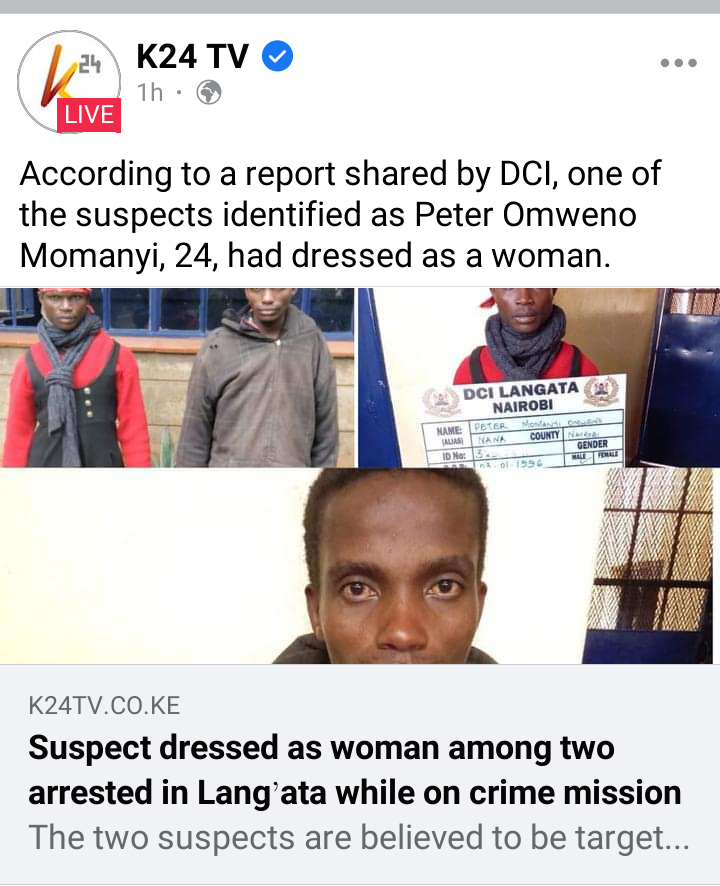 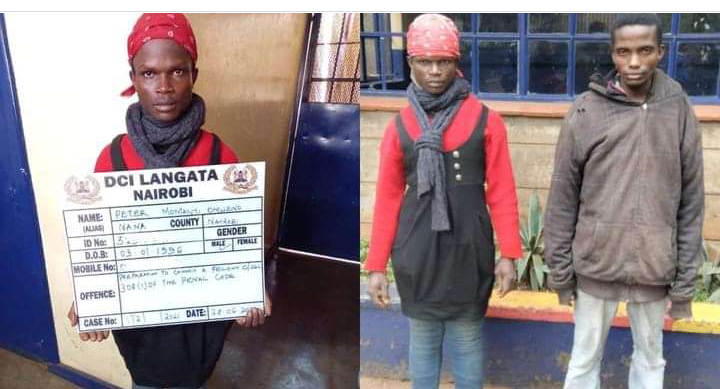 Ways To Keep Your Bones Strong

Photos: Accident In Litein- Kericho Road As The Driver Reveals This

Alikiba Ready To Face Diamond Platnumz One on One Tommorow Morning