By BrokeNews (self meida writer) | 9 days

Kenya has been promoting equitable urban and regional development since the 1970s despite the lack of a clearly formulated national urban policy or an urba. Any plan for economic and social advancement must therefore make preparation for and encourage the healthy growth of towns. 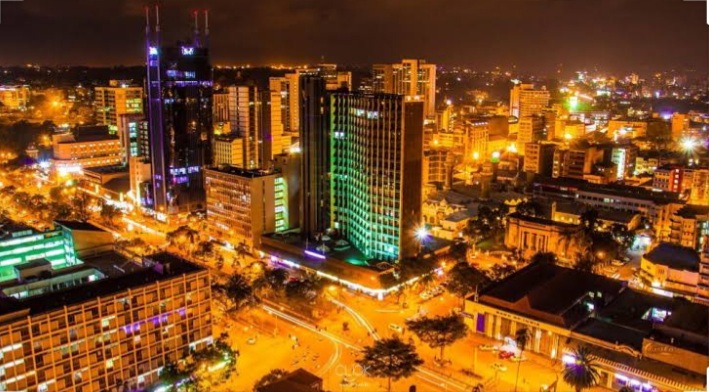 Our country Kenya is among one of the most developing countries in Africa but the development rate has been decreasing slowly over the past ten years. This country's development of towns has been hugely affected by challenges such as unplanned housing, flooding, increasing crime rate, overpopulation, over pollution and slum development among others

There are some of the towns that are considered as the most developed in Kenya due to the number of industries, banking, access to services like hospital and physical development or structures. The six most developed towns in Kenya are:

Nairobi is Kenya’s capital city. In addition to its urban core, the city has Nairobi National Park, a large game reserve known for breeding endangered black rhinos and home to giraffes, zebras and lions. It's Kenya's most developed town with ready market, big businesses and better facilities.

Mombasa is a coastal city in southeast Kenya along the Indian Ocean. The city is known as the white and blue city in Kenya. It is the country's oldest and second-largest city, with a population of about 1,208,333 people according to the 2019 census. It has very beautiful tourist attraction sites, industries and cool hotels.

Nakuru is Kenya's 4th largest urban centre after Nairobi, Mombasa and Kisumu with a population of 570,674. The modern town, as with many others in Kenya, derives its name from the ' Maasai'. Its development is contributed by the presence of tourist attraction sites.

Kisumu is a Kenyan port city on Lake Victoria. It’s known for lakeside viewpoints at Dunga Hill Camp and Hippo Point. The Kisumu Impala Sanctuary shelters herds of impalas and zebras. It's growth is contributed by the trading and fishing activities around Lake Victoria.

Thika is an industrial town and a major commerce hub in Kiambu County, Kenya, lying on the A2 road 42 kilometres, Northeast of Nairobi, near the confluence of the Thika and Chania Rivers. It's the fastest growing town in Kenya due to the industrialization in the area.

Eldoret is a principal town in the Rift Valley region of Kenya and serves as the capital of Uasin Gishu County. The town is colloquially known as 'Sisibo'. It is known for agricultural activities, Eldoret is also know as home for athletes.

Good News To Parents Whose Children Scored The Following Grades In Their KCSE Results.