Accidents on the Kenyan highways have been on the rise in the recent past with the government unsure of what to do in order to mitigate this scourge that has bedeviled our roads. 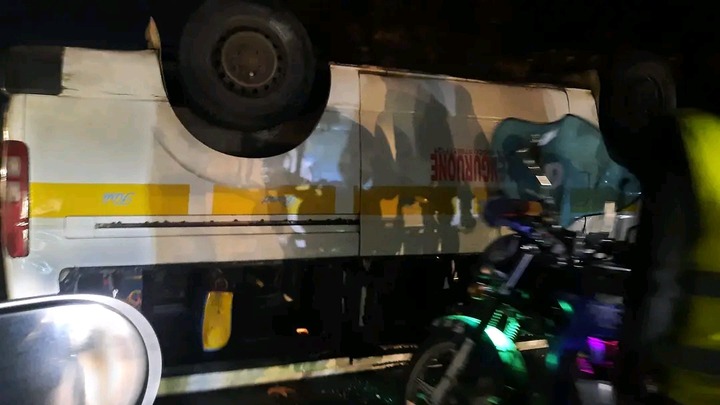 Nine people have died on the roads in matatu accidents in the last 24 hours after the matatus they were travelling in were involved in the accidents.

In the first accident, three people died including the wife of former Sirisia Member of Parliament, Munyasia on the busy Kitale to Webuye Highway.

In the second nasty accident that happened on the Eldoret to Webuye Highway, six people lost their lives including three recently recruited Kenya Defense Forces soldiers when a container fell on the matatu they were in.

This evening, according to reliable reports from Nakuru City, a matatu has just overturned in the city center of the busy place as per the reports that we have.

The accident happened next to a famous building that is known as the Giddo Plaza in Nakuru City as per the reports that we have with us.

No fatalities have been reported from the accident that happened moments ago in Nakuru City as per the reports that we have.

However, there have been a few injuries and they have been evacuated and rushed to the hospital for treatment as per the reports.

The matatu belongs to Olenguruone Sacco and it is yet unclear as to what caused the accident that happened moments ago.

These matatu accidents are becoming many on the Kenyan highways and thus motorists have been advised to be extra careful to ensure that such scenes are not witnessed daily. 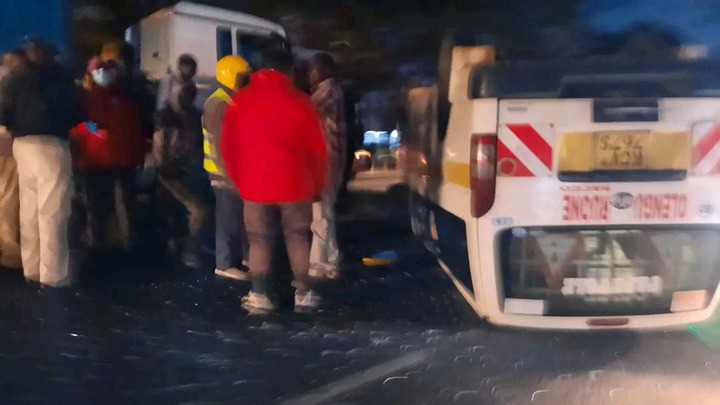 Top Leaders Who Have Already Voted at Different Polling Station

JUST IN: Khalwale Raises Concerns of KIEMS Kit Failure in Kakamega, Sends a Message to Chebukati