By GhostNews.Com (self meida writer) | 24 days

The idea of several Kenyan ladies eagerly wanting to make good money by going to the Gulf countries to work has not been the best for their well-being.

After getting promises of making good money, plus the desperate situation of having no employment in Kenya makes the jobless youths go for the claimed jobs. 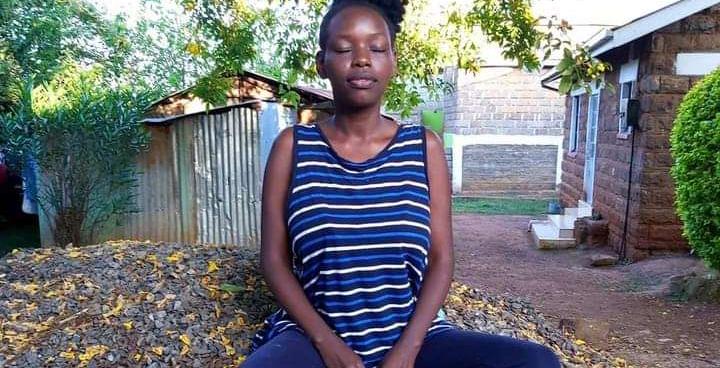 However, on arrival at the Gulf countries, most especially Saudi Arabia, they are met with harassment and working in poor conditions.

One of the ladies identified as Patricia Wanja whose video calling for help that trended online has narrated her experience in Saudi Arabia after getting back home safely. 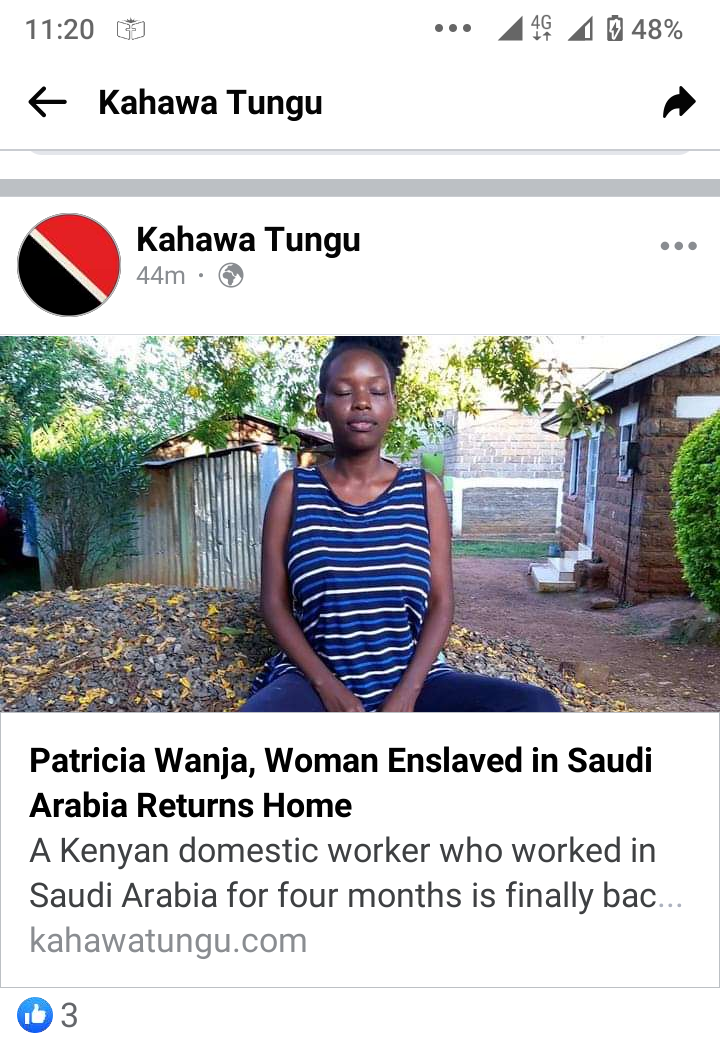 Patricia Wanja who is a mother of two revealed that it all begun from JKIA where her salary was reduced from 30K to 24K by her agency which she never minded because the money was still enough.

According to sources, on reaching in Saudi, her travel documents were confiscated and that's how her woes begun. 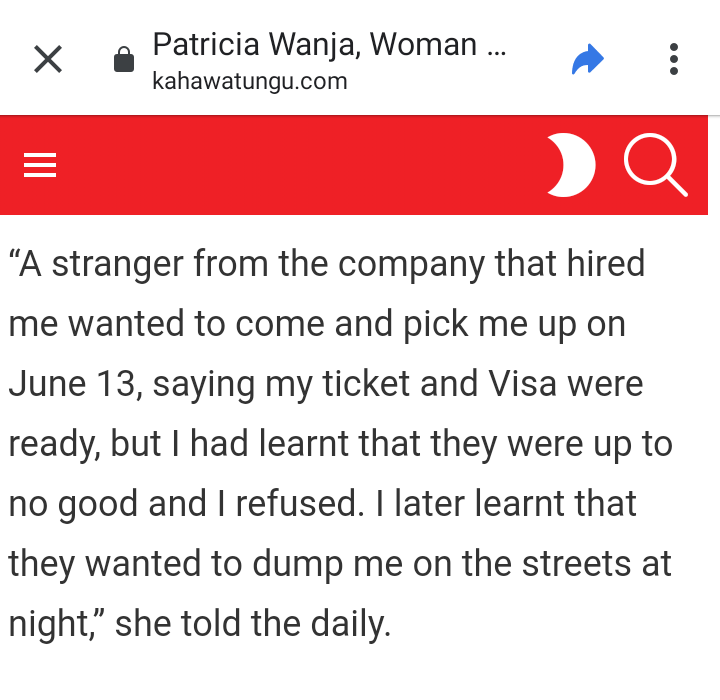 She explained that she was overworked, abused and never had no where to run to because she was threatened of being imprisoned.

The International Organization of Migration contacted the Kenyan embassy who prepared her travel documents which were later sent to her, but she thought it was a hoax.

"A stranger from the company that hired me wanted to come and pick me up on June 13, saying my ticket and Visa were ready, but I had learnt that they were up to no good and I refused.

I later learnt that they wanted to dump me on the streets at night." Patricia Wanja told the Standard.

However, she was lucky enough that her travel documents were real as she managed to get back home where she wants to fight for the other ladies enslaved in Saudi Arabia.

'' Uhuru Kenyatta Has No Choice But Work With DP Ruto,'' Embu Residents Declare

"Asanteni Nimepata", Woman In Viral Video Searching For Any Breathing Man Says After Getting a BF

Never Beg for Love, Do This if He Breaks up with You

Money Rules to Increase your Net Worth