By june (self media writer) | 4 months ago The minor; Penniel Muigai, 7, was brutally tortured and murdered by unkown assailants who later dumped at Mutuini, Ruthimitu Boarder near Kabuthi River.

His lifeless body was discovered by the area residents who later notified the assistant administrator and called the police.

Police officers who visited the area found the decomposing body of the minor wrapped with a lesso and dumped at the site.

One of the police officers who spoke to the press shortly, vowed before the family members to make sure that Penniel get his justice.

The body was found four days after the boy went missing mysteriously from his home. 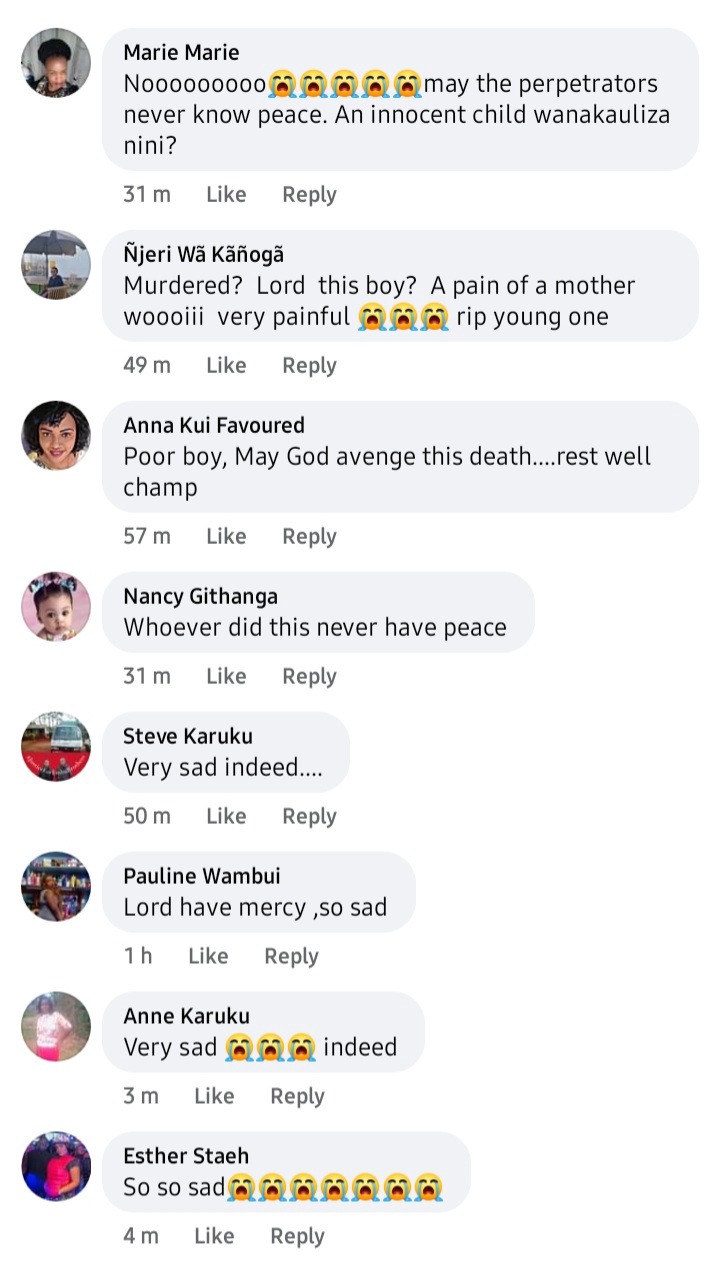 His mother who spoke to the press said that his little boy dissappeared shortly after coming back from school.

The body was transferred to the hospital mortuary awaiting postmortem and preservation.

Police investigations into the alleged crime incident and a manhunt for the suspected killers who are still at large. 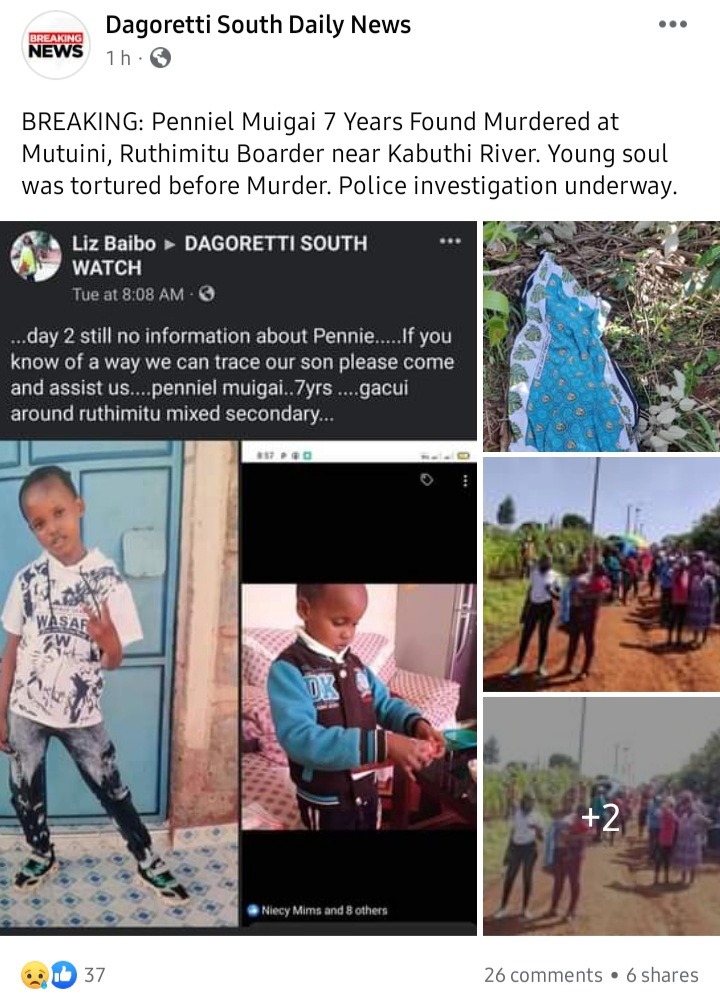 Content created and supplied by: june (via Opera News )