By Protichsingoe (self meida writer) | 29 days 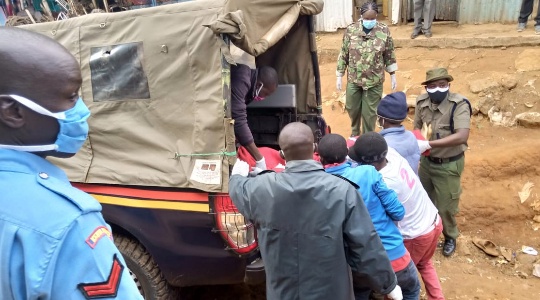 Residents of Ugenya in Siaya County are in shock after four security guards were murdered in cold blood and their bodies dumped behind respective shops they were manning in Siranga trading center. According to eyewitnesses, the said bodies that were on Monday , 23 August discovered about 50 meters from Siranga Police Post had deep cuts on their heads , hands and legs . According to county police commander Michael Muchiri who confirmed the incident , the four men were killed on Sunday night .

Area chief Michael Osodo also revealed that two shops were also broken into and properties whose value is yet to be established stolen when the four security guards were killed. However, confrontation ensued between the police and the public ensued at the scene as residents blamed the officers for their laxity in apprehending the criminals. The policemen had a rough time containing the crowd that barred them from picking the bodies to be ferried to a nearby mortuary. 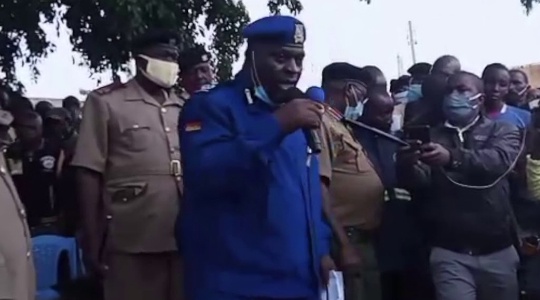 "We want the OCPD and other senior police officials in Ugenya Sub-county transferred. They are not putting in more efforts to stop the frequent insecurity incidents," said Michael Onyango, a boda boda rider in Siranga.

However , Ugenya MP David Ochieng condemned the incident and called for speedy investigations over the incident that has caused fear in the area. Daniel Juma who is also a resident and a politician in the area called on the Interior Cabinet Secretary Fred Matiang'i to quickly address the indiscipline at Siranga police post, and if possible, ensure a new team of police officers is deployed in the area.

"This will help with cooperation between the major police station in Ukwala and the police post in Siranga. The police officers working at the main station have complained about the police post," said Juma. 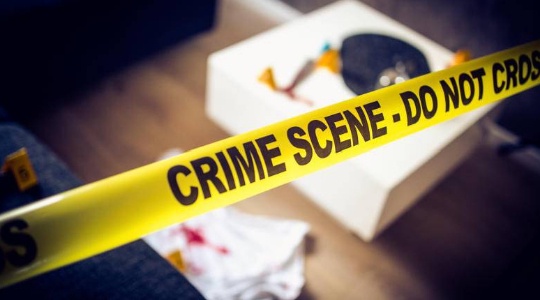 The incident comes a month after night security guard at Nzoia Sugar Company was attacked and killed by a gang at the factory's guest house. The 32-year-old who hailed from Namuninge village was on night duty with three of his colleagues when the gangsters struck at about 11:30pm.

Mebo Wanjala Simiyu, the wife of the slain guard, said her husband was an employee of Solvit Company which is contracted by Nzoia Sugar Company to provide security services. 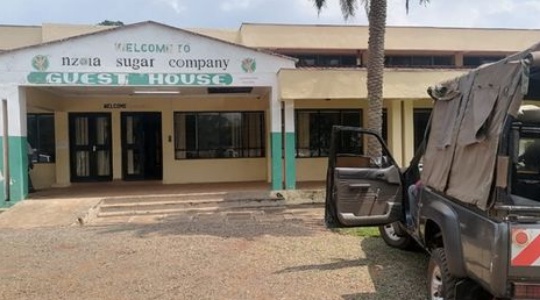 The grief-stricken widow said she received news of her husband's death in the morning from a neighbor as she prepared her children to go to school. Such cases have been on the increase with security guards being killed by thugs in different parts of the country. A similar incident was reported in Kakamega where school watchmen were killed by thugs .