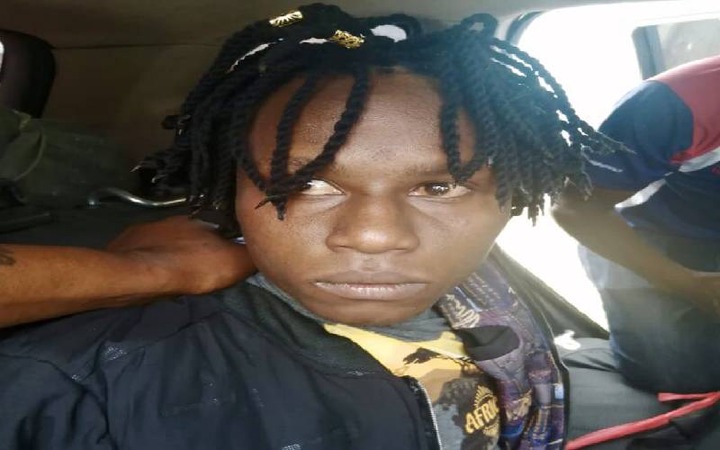 on Monday captured a suspect behind the kidnapping of a four-year-old kid who disappeared on June 2.

Charles King'ori nom de plume Delvin Maina, was most recently seen with Liam Ngushwa five days prior at the Dakim region in Thika before he disappeared.

Kingori was captured in Naivasha town following a sensational pursue in the roads of the town saw by individuals from people in general.

The capture came a couple of hours after the kid was protected from where he had been supposedly covered up by the suspect around there.

As per the DCI, the suspect has been acting slyly with the analysts throughout the previous five days.

King'ori changed his hairdo and picked on utilizing a motorbike to move around trying to get away from the police.

"He had visited a salon in Naivasha town to have his hair interlaced to disguise his personality,"

uncovered the DCI.DCI thanked members of the public for volunteering vital information that the detectives used to pursue and arrest the suspect.

According to Liam’s mother Agnes Maina, her son is safe and happy to reunite with them.

Maina said she was happy the suspect never harmed the boy, adding that he told the police he wanted money from us.

He did not harm the boy, he said he wanted money from us and opted to kidnap the boy so that we could give him cash,” she told The Standard on phone.

Content created and supplied by: Ndege1990 (via Opera News )