A dramatic scene has been witnessed at the Suneka Police Station after a man dressed in a Kenya Defence Force combat and assaulted a police who he has been eyeing. 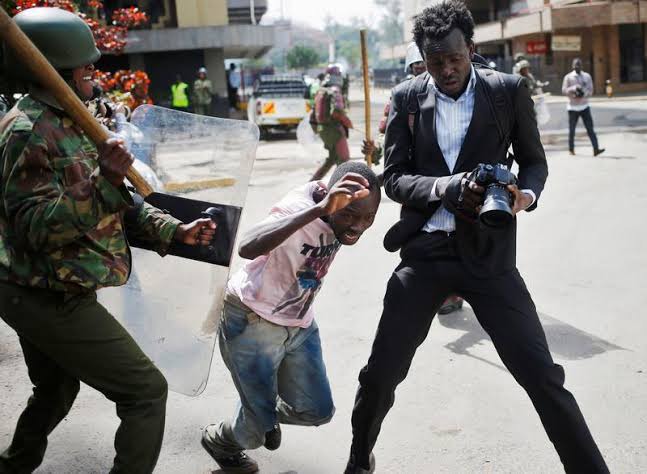 Confirming the incident is the National Police Inspector General, Hillary Mutyambai who said that the culprit identified as George Onderi and started hitting on police constable Mary Maina who turned down his demands. George then proceeded to assault the officer claiming that she had dressed indecently.

“He arrived at the station in his Toyota Belta car, parked and proceeded to confront the officer who was on duty at the report office desk on allegations that she wore a pair of uniform with the wrong jungle print,” the police boss said.

The fracas attracted the attention of other officers who tried to intervene George could hear not of that prompting the the OCS to order for his arrest.

The police boss further warned netizens against impersonating to be police officers and said that the long arm of the government will catch up with them. 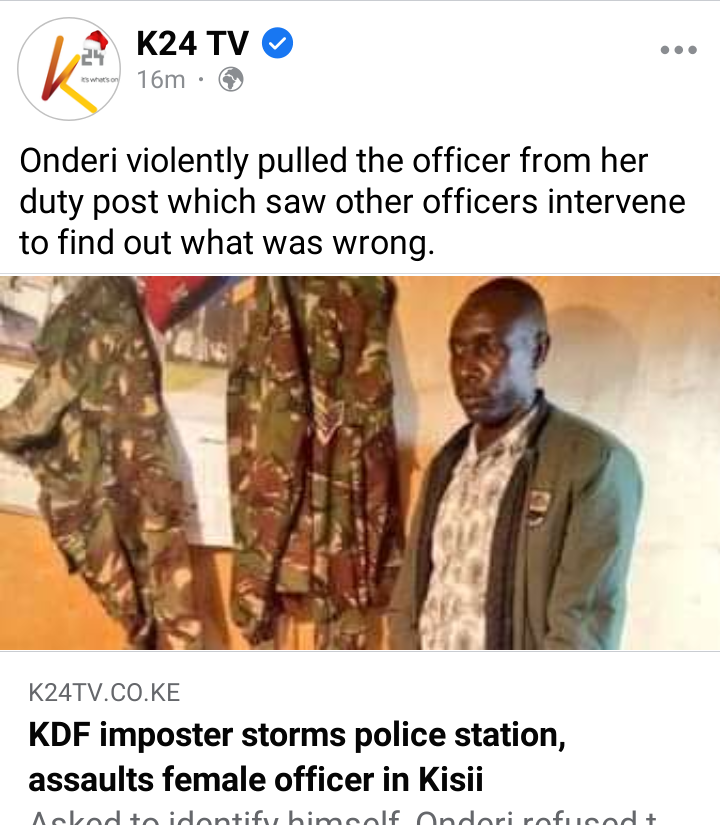