How Serial Killer Escaped From Police Cell In Presence of 10 Officers, 3 Arrested

By Jeropkibe (self media writer) | 8 days ago 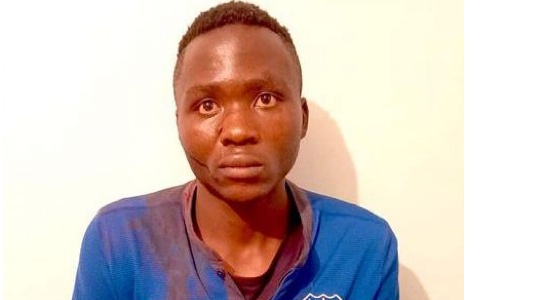 Three police officers attached to Jogoo Police Station have been arrested after details emerged on how they allegedly aided suspected serial killer Masten Wanjala escape from police cells. The police officers were arrested by detectives on Thursday, 14 October from Nairobi Regional Criminal Investigations Office. According to a report by police, one police inspector and tow police constables were taken for questioning after they allegedly aided Wanjala to break out of jail at their work station.

Fresh details emerged on Thursday revealing how the serial killer managed to escape from the well guarded Jogoo Road police station without raising any suspicion. Buruburu Sub-County Police Commander Francis Kamau has on Wednesday stated that the self-confessed serial killer escaped during a power outage that hit the station from afternoon to past 8 pm on the said day. However, detectives raised concerns about the timing. 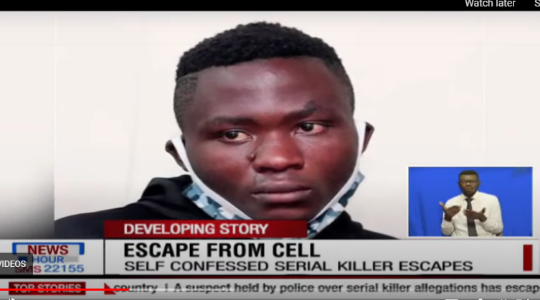 Details now reveal that Wanjala moved out of the station’s report office without attracting the attention of the 10 officers who were on duty on Tuesday night. It was on Wednesday when a new team of officers who reported to the work station discovered that Wanjala was absent hence raising questions on how the police handled the suspect who was in their custody .

Wanjala was reported as missing on a day that he was to be presented in court to answer to criminal charges related to the murder of at least eight children. After it was established that the serial killer had escaped from the cells, the police officers went on to do a head count of the inmates. 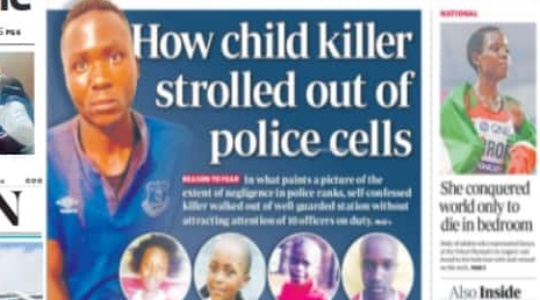 The prison bosses did a physical examination of the cells and at the end of the exercise established that Wanjala could not have escaped by drilling the walls or cutting through the ventilation grills. It was the evident that Wanjala simply walked out of the cells through its doors. The question is how Wanjala managed to do this without catching the attention of the two officers manning the report office.

According to one of police officers aware of the investigations detectives had kicked off a probe into Wanjala’s escape from their custody. Officers from the Directorate of Criminal Investigations (DCI) in conjunction with those from Special Service Unit launched a countrywide manhunt for the fugitive. However, at the Kamukunji police division in Buruburu, 10 officers who were on duty were summoned by their bosses and recorded statements on the activities at the police station on Tuesday night and yesterday morning.

Review of Cell Register to Establish Mystery behind Wanjala Escape

Police bosses have also scrutinized the station’s Occurrence Book (OB) and cell register (a record of all inmates in custody) in an effort to establish the truth of the suspect’s disappearance. In normal circumstances , the OB and cell register is supposed to be updated after every 12 hours or when a new team of police officers are reporting at the station or leaving work.

This exercise, known as ‘handing over’, which entails head counting of inmates in the cells and updating the number cell register. The register is also checked by senior cops at the station. However, during this process, officers on duty record in the OB their names and ranks, and the time of reporting and leaving work. They also make a record of the names and details of suspects booked into the cells and those who are released from the cells. 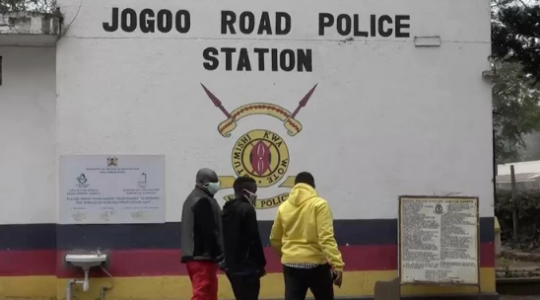 According to sources privy with these records Wanjala’s name appears in the list of suspects who were physically accounted on Tuesday evening when the new team took over. However , it was by Wednesday 6 am when the new team was reporting to work when his name was called out by the duty officer.

A report from Jogoo Road Police station to Vigilance House police headquarters said Wanjala was established to be missing during this head count.

“When arrested, inform this station for collection and inquiry,” the alert from the station read.

Police now believe that Wanjala Wanjala could have sneaked out of the cells at around 9pm when a group of suspects were arrested for violating the covid-19 guidelines were released.

“We suspect that he could have sneaked out at that point,” said an officer familiar with activities at the station. 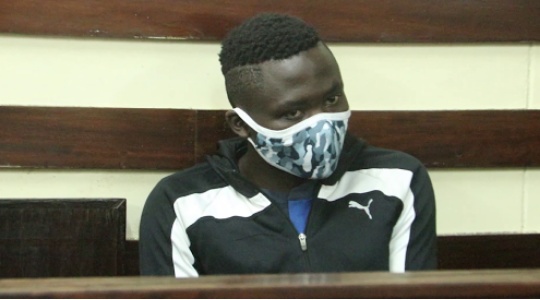 According to detectives , one of the suspects who covered his head with a Maasai shuka and who was released at the time may have been wanjala. During his stay at the police station, Wanjala had made it a habit to wrap his head with a red shuka.

Wanjala’s Character While in Custody

Sources reveal that Wanjala, during his 21-day stay at the police station, had become familiar with officers.

“He cut the image of a polite man and had become very friendly,” said an officer at the station.

The 20-year-old suspect is alleged to have killed several children between 2019 and 2021. He had already taken detectives to at least 10 alleged murder scenes in Nairobi (five), Kajiado (two), Machakos (two) and Bungoma (one). 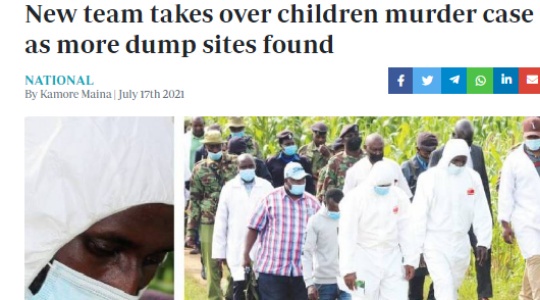 In his confession, Wanjala shocked the world when he admitted to killing the children after disguising himself as a football coach. He was arrested in July this year by detectives from Nairobi who were following up on the kidnapping of two boys from Shauri Moyo. He was later presented in court where police were allowed to detain him for 30 days to conclude investigations. The days were extended by another 30 days that lapsed on Wednesday when he was found to have escaped.

Those who knew him from his home at Mukhwea in Kabuchai sub-county talk of a man that returned home when he was 18. His mother is said to have left the home when she was pregnant with him. His father blamed the mother for Wanjala’s character .