Over 160,000 people affected by Famine and drought in Marsabit county 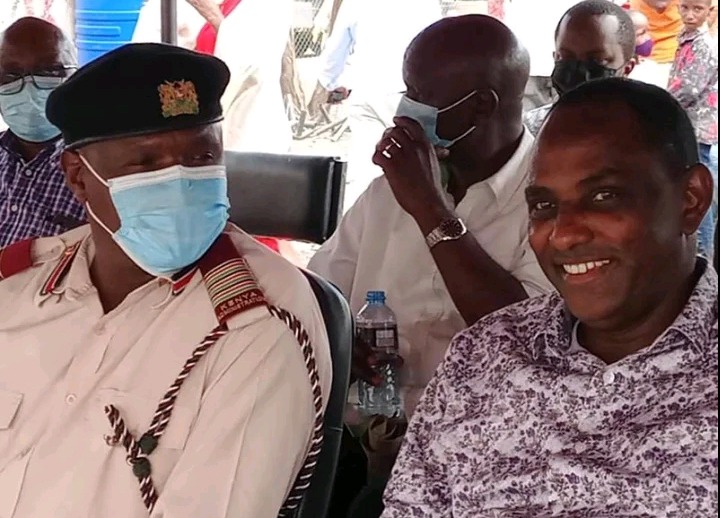 More than 160,000 people Marsabit county have been affected by the ongoing drought. According to the Marsabit county commissioner ,Mr.Paul Rotich, the level of drought has increased dramatically in the county. Speaking at the launch of the national government's livestock oftaking exercise in the Maikona area of North Horr constituency, Rotich said that the biggest challenge was the lack of adequate water and food for both human and livestock. Commissioner Rotich, however, commended the NDMA for its response to drought relief efforts in the county. He said through the hungrer safety Net program, more than 20,000 families are benefiting from the national government's cash transfer program.

Rotich also commended the Kenya Red Cross for initiating the distributions of food aid to victims of famine and drought. He said the society had distributed food aid to more than 8,000 people in the county so far. He also revealed that Marsabit County has a higher livestock population compared to other areas. Meanwhile, North Horr MP Chachu Ganya has President Uhuru Kenyatta to declare the drought a national disaster. Chachu has called on the national government through the country's meat agency, Kenya Meat Commission and the agriculture ministry to implement a plan to buy livestock from pastoralists in the county as an alternative to instead of just providing them with food aid. He also called on the national government to ensure that it completes the modern Segel slaughterhouse so that pastoralists can benefit from the sale of their slaughtered livestock for export. He said residents of the county had invested in their livestock, especially goats and sheep. He noted that Marsabit County is the county with the highest number of goats and herds, followed by neighboring Mandera county.

Content created and supplied by: RoBFR (via Opera News )