By CrimeBuster (self media writer) | 6 months ago

Police officers from Nyalenda in Kisumu are currently investigating an incident that happened today in the morning after a man is reported to have hit several Pupils who were in class. 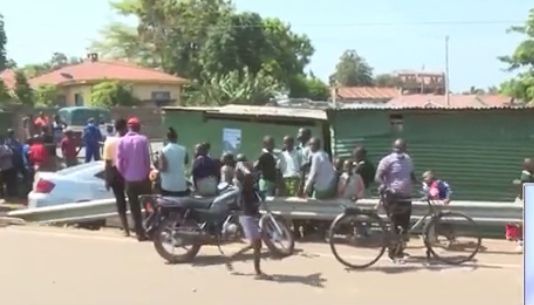 According to the reports given by a reliable source of information, it has been revealed that the man whose name is yet to be disclosed was being taught how to drive before he allegedly lost control hitting Pupils who were studying during morning preps.

This was followed by a dramatic scene after a number of residents who were at the scene of the accident rushed to save the children. According to the reports given by a reliable source of information, it has been revealed that over 12 Pupils were rushed to the hospital where they are currently receiving medical treatment.

Revealing what happened, one of the witnesses who spoke to the media claimed that the suspect hit the accelerator instead of hitting the brakes and for this reason, he allegedly lost control while trying to get the car to stop.

However, according to the reports given one of doctors who is attending to the victims, he claimed that most of them are in good shape.

While reacting to this incident, kenyans who took to their different social media accounts to express their opinions and suggestions on the matter have called upon the government to consider creating a safer place where people who are in need of driving lessons will learn without the possibility of causing an accident.

According to the reports given by most Kenyans, they claimed that it was so unfortunate that the government is yet to do something about the increasing number of accidents in the country despite the fact that people are Loosing their lives on a daily basis. 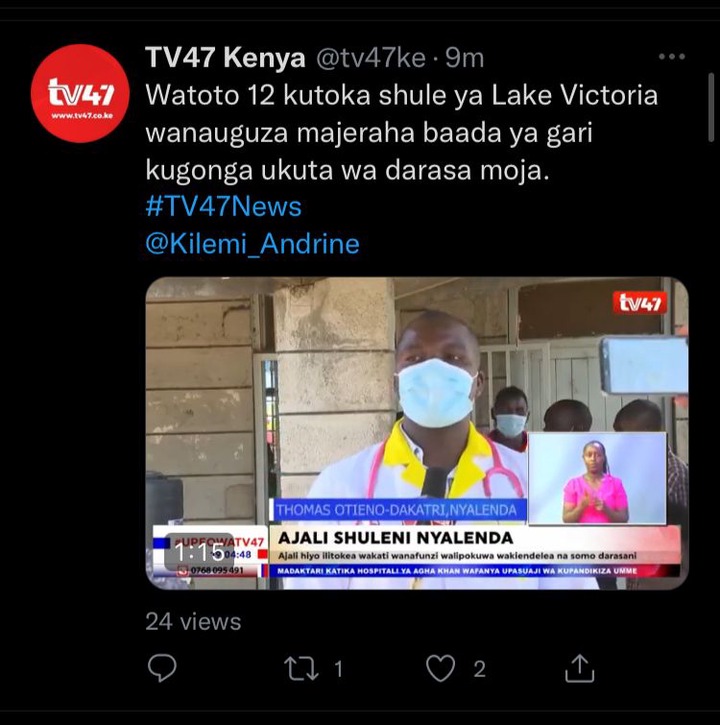