By OmondiBwana (self media writer) | 5 months ago

Police officers in Emali and Makindu are on alert following an incident that occured along the Standard Gauze Railway line last night. SGR is one of the mega projects of the government hence the need to fully secure it from intruders. 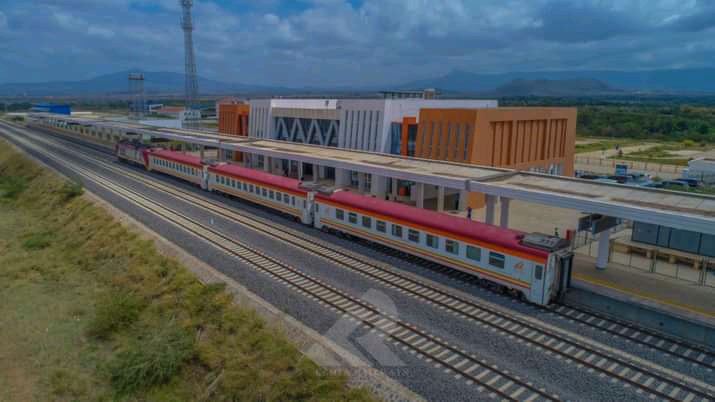 According to information released to the public by the DCI, two middle aged men were last night captured by the CCTV attempting to destroy transformer mounted on the rail line. Their action send a signal to the police command centre after which officers from nearby police station were immediately alerted and rushed to the scene so as to get hold of the thugs. Unfortunately, they disappeared on sensing danger. 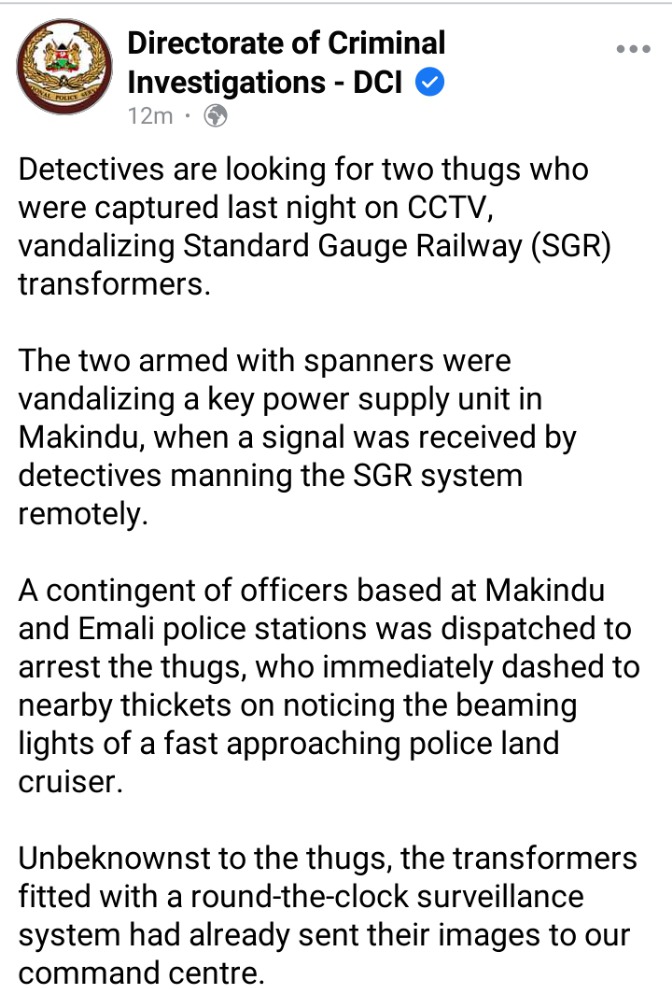 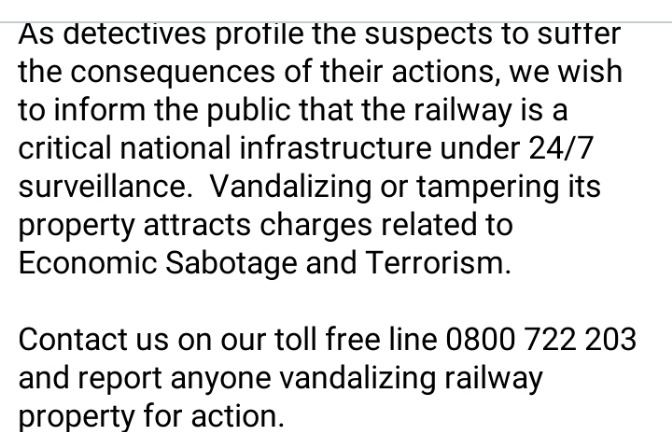 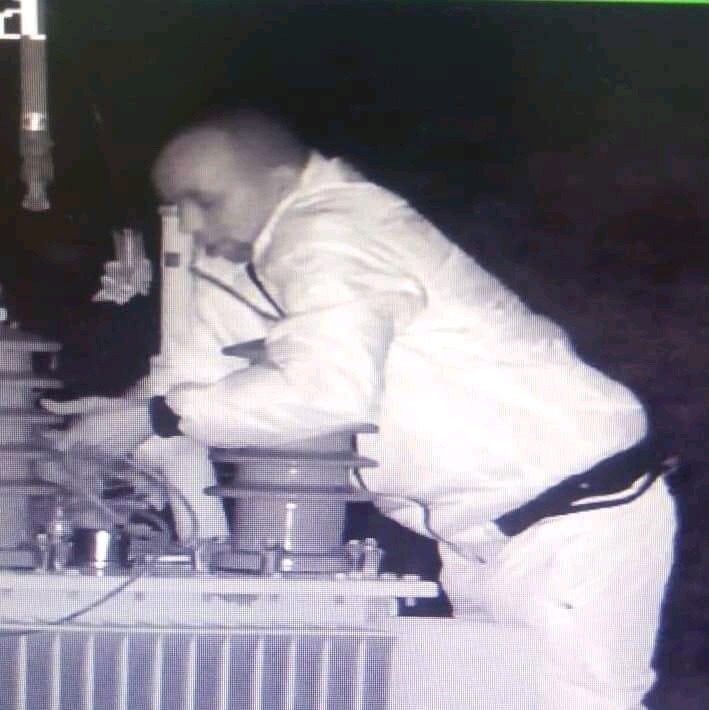 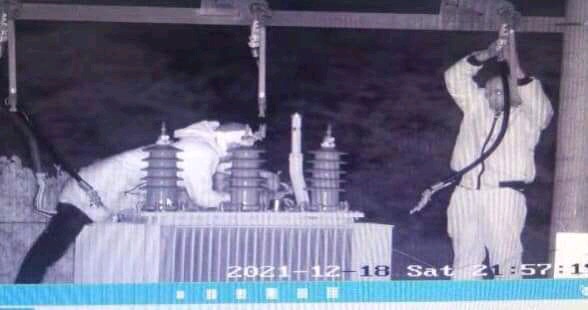 Following their escape, the detectives now request anyone to report such cases of vandalism. Went ahead to caution the citizens against tempering with the infrastructure as it amount to charges related to economic sabotage or terrorism. 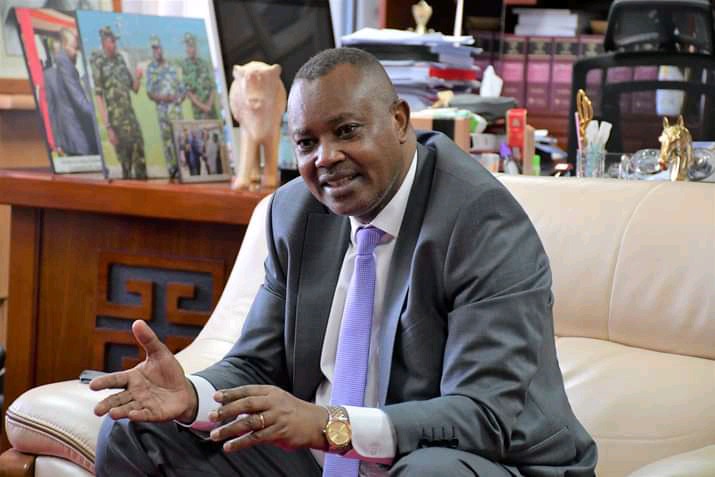 This comes barely one month after after another incident was reported where rail gauze blocks were stolen only to be found in a scrap metal shop.

Rainfall Expected In These Areas Within the Next 5 Days

How To Prepare The Yummiest Moist Avocado Cake

Name and Main Purpose of Tiny Hole Found on Padlocks

Unique Signs That Shows You Are A Wise Person

Raila Odinga Has Landed In Juba South Sudan, Reason for his Visit Has Been Revealed