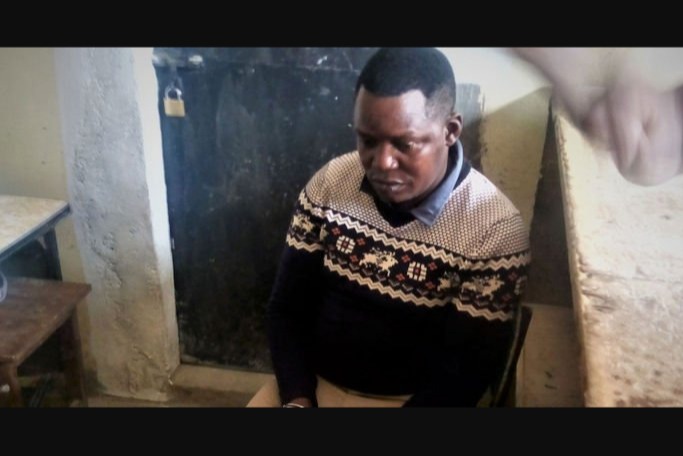 Security agents in Nairobi’s Mukuru Kayaba slum have rescued a 39 year-old man from mob justice by angry residents after they discovered he had been faking to be a policeman.

According to the residents the suspect has been claiming to be a police officer and had deceitful obtained money from innocent people after “accusing” them of various offences.

On Monday, 13 September, Nyumba Kumi officials in Kambi Moto, Starehe Sub-County, rescued him from an angry mob before police officers led by South B Police Station Commander Charles Ochoki arrived and arrested him.

Dennis Mokaya who was arrested on September 13, 2021 in Mukuru Kayaba slums for allegedly claiming to be a police.

"The suspect admitted to colluding with two police officers from Central Police Station using a private Toyota vehicle, handcuffs and a police radio. We are investigating further to see if we will identify the officers he named and arrest them,” Mr Odingo said.

Dennis Mokaya the suspect did not have a national identity card or a police ID when he was arrested, Mr Odingo said

The police boss said,"After searching him, Mr Mokaya admitted he was not a police officer. He did not have any identity documents and he did not provide any identification."

However, the Police reports indicate that the suspect would intimidate the public, threatening to arrest them for not wearing masks, drunkenness, urinating in public, selling and smoking marijuana and operating bars without licenses among other “offences”.

Dennis revealed that he lives in Mukuru Tetra Pak slum and is conversant with the nearby Mukuru slums where he targets his prey.

Ms Mbula explained,"The people of Kayaba were so angry that we intervened and rescued Mr Mokaya. We insisted on taking him to the South B Police Station to show us the OCS whom he claims had sent him to collect money from the public."

Is it logic for people to take advantage of others ? Give your opinion on Comment section please don't forget to click kindly. 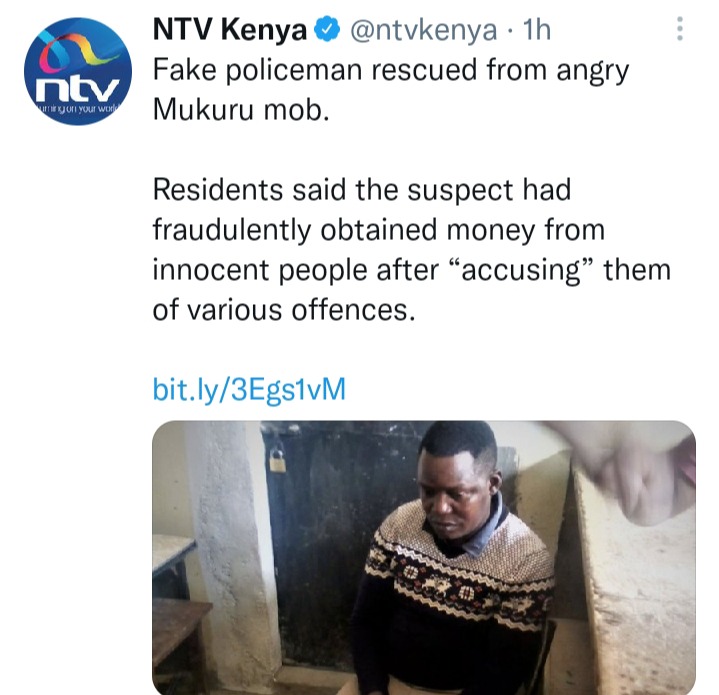