Police officers from Ngong have arrested a man who is reported to have taken advantage of a female passenger who was heading to Kajiado. 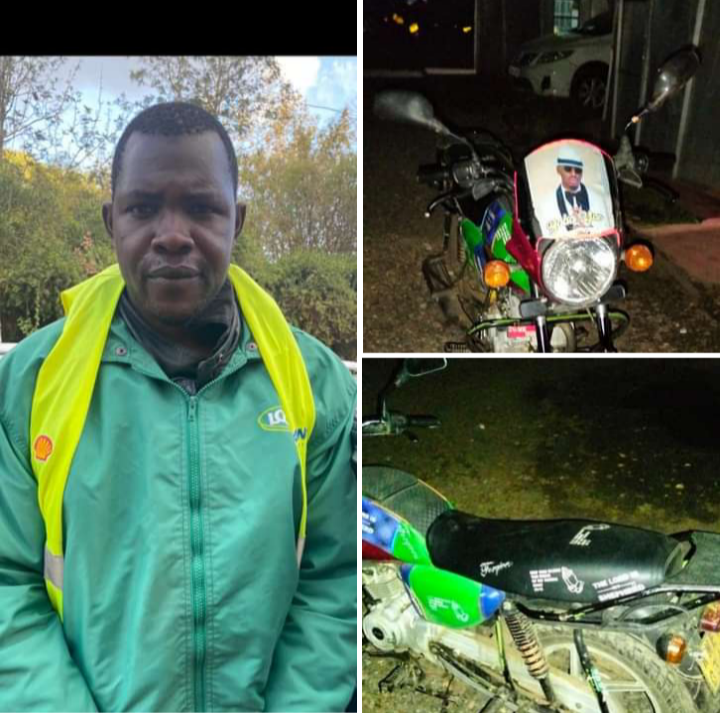 According to the reports given by a reliable source of information, it has been revealed that the suspect who has been identified as Patris Onsongo who is a boda-boda operator along Ngong road allegedly Raped a woman at the bomas of Kenya forest before fleeing.

Revealing what happened, the victim whose name is yet to be disclosed said that she was shocked after the suspect allegedly made a turn and went towards a bush after which he Raped her.

This was followed by a dramatic scene after she reported the suspect to the police station for more investigation and questi oning over the same incident. Additionally, it has been revealed that the suspect was arrested a few hours after the incident.

While reacting to this incident, kenyans who took to their different social media accounts to express their opinions and suggestions on the matter have called upon the inspector General of police along with the director of criminal investigations to conduct an investigation in order to find out whether he has been operating alone.

According to the reports given by most Kenyans, they claimed that it was so unfortunate that the government is yet to do something about the increasing number of rogue Boda-boda, operators in the country despite the fact that Alot of people are currently Loosing their lives on a daily basis.

For this reasons, kenyans who expressed their fear and concerns over the rising cases of attacks on women in Kenya have urged or rather called upon the inspector General of police to consider deploying plain clothed officers all over the country in order to deal with this.