Police officers from Kiambu in Kabete are currently investigating an incident that happened yesterday in the evening after a Rogue police officer Reportedly opened fire shooting his lover along with 5 other boda-boda operators in unclear circumstances.

According to the reports given by different sources of information, it has been revealed that the suspect who also shot himself dead allegedly opened fire on the boda-boda operators after shooting his lover after which he allegedly turned the gun on himself, shot himself dead.

Revealing what happened, one of the man's neighbors revealed that they allegedly heard a loud bang in the suspect's house after which they allegedly rushed out in order to see or rather find out what was happening. This was followed by a dramatic scene after they allegedly found the man's house on fire. According to the neighbors, they claimed that the suspect allegedly torched his own house in unclear circumstances.

While reacting to this incident, one of the police officers who rushed to the crime scene has revealed that they were able to find the man's AK47 which he had Sneaked with into his residence. The officer however refuted claims that this incident occured out of a love gone sour story.

For this reason, he called upon kenyans along with different media outlets to let them carry out their investigations which they have already started claiming that its until then that they were going to reveal what happened or rather, the man's motive behind the deadly shooting.

In the past few months, a number of police officers have committed several crimes. For this reason, a, number of nonprofit organizations related to mental health has called upon the government urging them to declare mental health care a national priority claiming that most of these incidents are caused by depression. 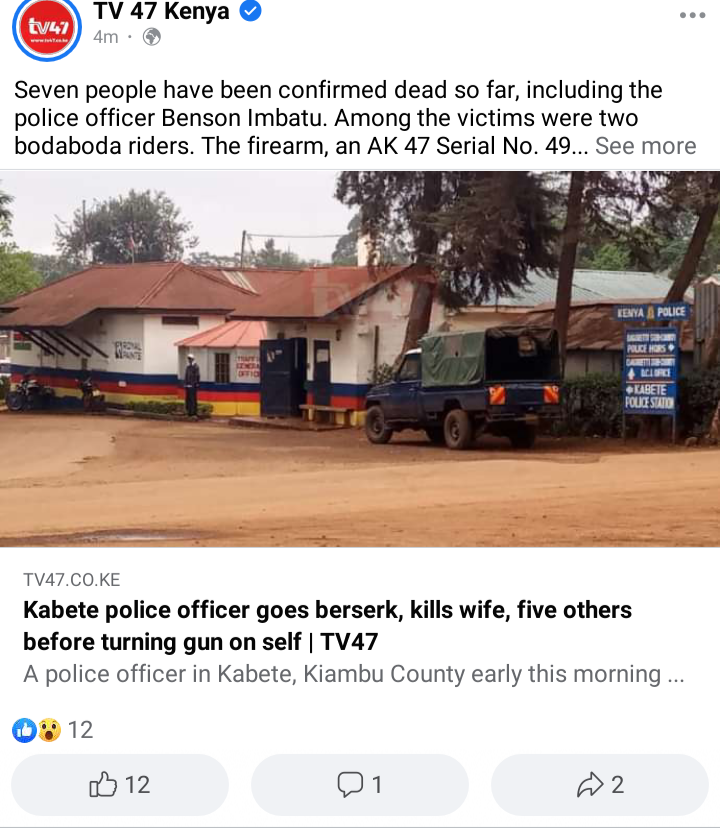 Why Most Men Are Easily Addicted To These 5 Things

Diabetes High Cost Of Treatment Is Unbearable. How to Prevent?