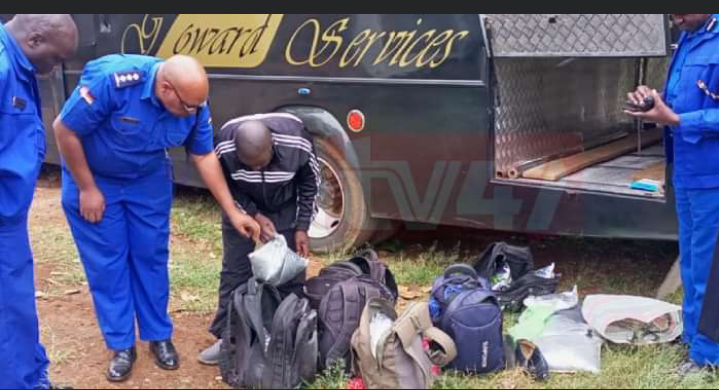 The bus was coming from Western Kenya and it was heading to Nairobi before it was intercepted. According to Dagoreti Police commander Francis Kinyua, the hearse was nabbed at Uthiru after it was tracked for about 200 metres.

Police searched the hearse hoping to find a corpse only to find atleast 130 litres of chang'aa concealed inside the vehicle. The chang'aa was packed inside polythene bags and sandwiched between sacks of dry maize to keep off the smell.

Mr Kinyua while addressing the press, he said that ambulance and hearse are increasingly being used to transport illegal drugs. Most of these vehicles transport bhang and other illegal brews. Police officers and other law enforcement have been asked to conduct an impromptu search on this vehicles to stem out the vice. 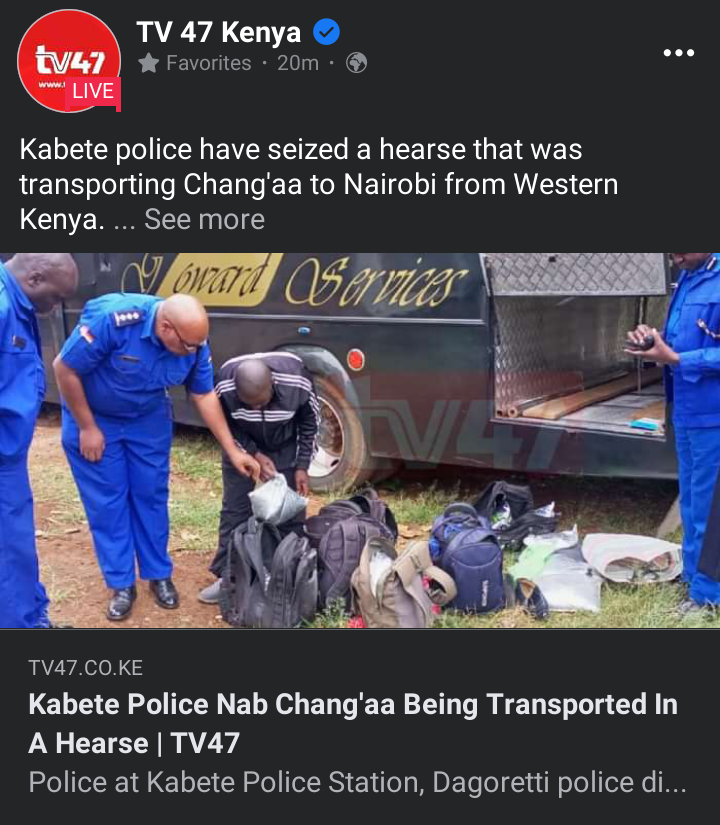 The two suspects are currently in police custody waiting to be arraigned as police launch investigations to hunt the Chang'aa supplier who fled away.

Meet Popular Radio Presenter Who Was Jailed For Five Years

Presidential Results From Form 34A As At 8:00 pm

Latest Presidential Results Verified By IEBC As At 7 Pm

Just in: IEBC Reveals Only 12,065,458 Voters Have Voted Throughout The Country as From 4 pm