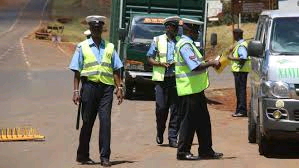 Another crowd of five cops has been filmed extorting bribes from motorists at Junction Mall, Nairobi County.

Witnesses accounts revealed that the five officers were filmed stopping taxis and private vehicles for bribes and turn a blind eye on these minibuses.

The officers were filmed in a viral video clip on social media shared by a motorist showing a poor image of the police officers on patrol on Thursday evening.

In the viral video, the five suspects were seen harrasing the taxi drivers for allegedly driving on the wrong side of the road. 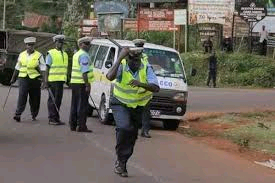 Towards the end of the video clip, the officers were heard asking for kshs150 from one driver.

Nairobi County Police Commander Rono Bunei said that they have already received many complaints from members of the public concerning the Thursday evening incident.

He said his office is liaising with Anti-Terror Police Unit to make sure that the culprits are brought to book. 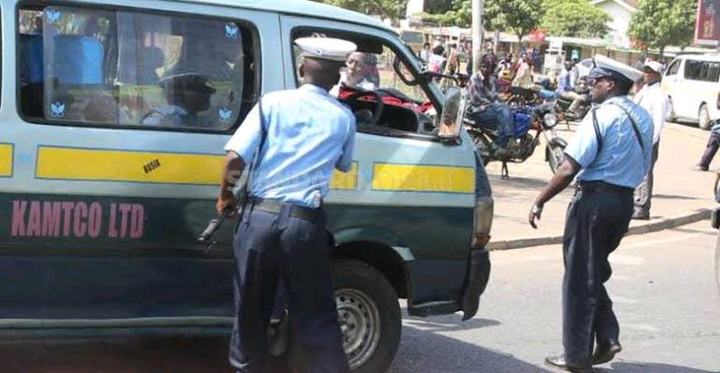 The latest report comes only two weeks when two security officers were arrested by detectives from Directorate of Criminal Investigations for allegedly extorting Ksh100 from two motorists along Thika Road.

The suspects sergeant Mary Wanjiru, Bernard Odhiambo and Police Corporal George Obonyo were arrested two weeks ago after the DCI detectives traced them for two days following a public outcry from the motorists. 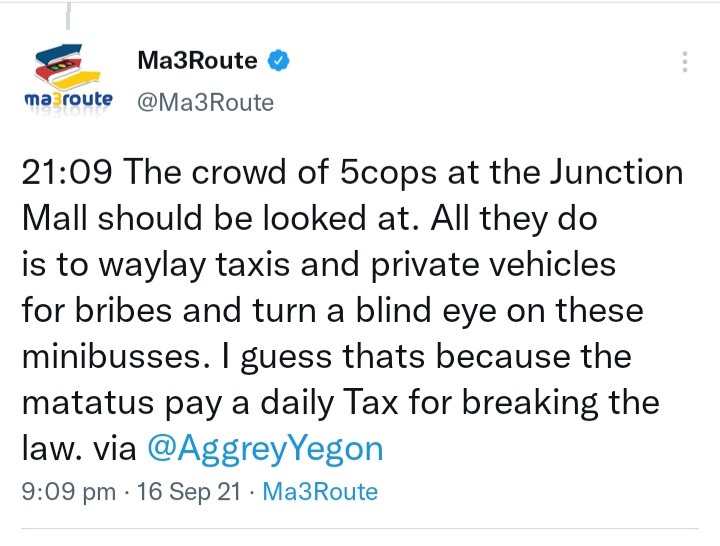