Kakamega: Shock as Fighter Bull is Detained, Owner Placed in Custody After It Killed a Woman

A bull has been detained at Khayenga police post in Kakamega County after it attacked a woman and killed her last week. The owner of the bull was also arrested and he is currently in police custody as police continue with their investigations into the shocking incident. 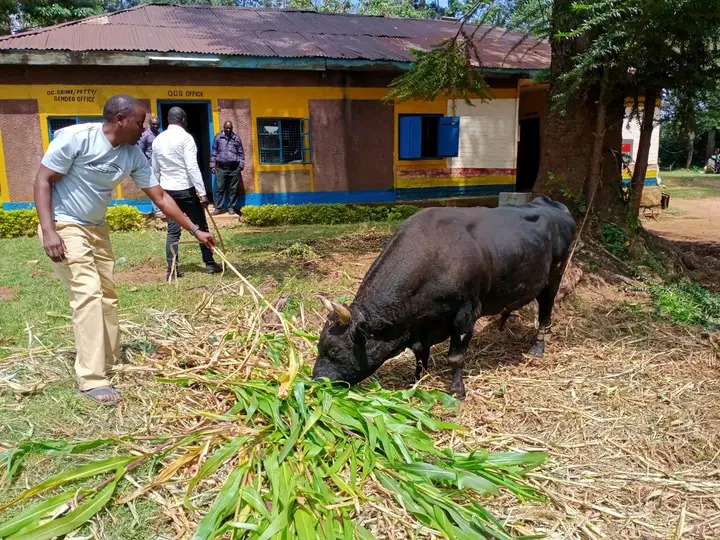 According to Nation, the bull that was refered to as 'Tusker' reportedly broke lose and started chasing three women from Kutoto village where one of the women died after it knocked down. The owner of the bull identified as Josephat Bilimo was taking it home from a fighting match before the unfortunate happened.

Felistus Lunda aged 60 was the one who was killed by the bull. The fierce bull attacked her very badly as she escaped from the scene. Kakamega County Bullfighting Association Mr Bonaventure Munanga said that the bull reached for the woman before escaping from the scene.

Kakamega East Sub-county police commander Mr Robert Makau said that police were alerted about the incident and arrived to save the bull from irate villagers who wanted to slaughter it and share its meat. The DCIO is currently handling the case and the owner of the bull will appear in court on Thursday to answer charges on negligence in handling animals.

Meet a Man, 27, Engaged to a 74-Year-Old Great-great-grandmother and Planning to Make Her His Wife

Meet The Beautiful Family Of The 5th President Elect In Kenya

How Do You Tell If A Girl Likes You? Here Are The 4 Ways

Woman Who Threatened To Buy Weapons For Supporters Beats Opponent With A Gap Of Over 100,000 Votes