Evans Mutwiri, a middle aged man in Meru county has been detained in police custody after he killed his own 7-year-old son who allegedly damaged his phone.

According to a police report, the man is said to have hanged his son inside the house and gave him a thorough beating before neighbors intervened and tried preventing the toture from going on. Unfortunately, the man prevented them from entering the house, this promoted them to seek assistance from the police officers.

When the men in blue appeared in the compound, the man repeatedly denied them access to his house claiming they were

interfering with his privacy. Police officers therefore used force to make their way into the house, they found the helpless boy lying down in an unconscious state.

The man was arrested and the victim quickly rushed to a medical facility, unfortunately, the poor child did not make it to the hospital, he died on the way. The victim's father however denied killing his child as he claimed hr cannot mudder what he brought into this earth.

The victim's mother who works at a police station heard that there is a new culprit who has been brought in the station for allegedly killing his son, all that time she did not know that ot was her husband who committed the crime.

The deceased is currently at the hospital awaiting for autopsy. 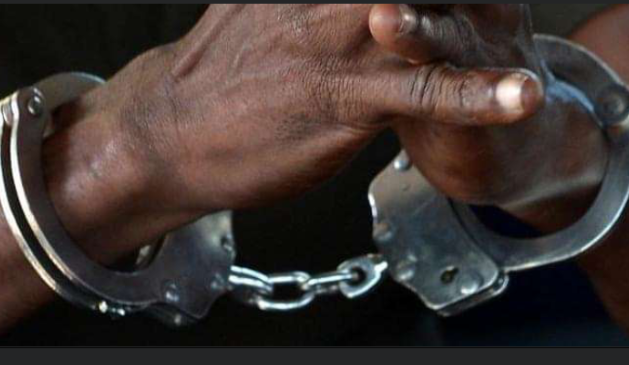