By toptrend.com (self media writer) | 1 month ago

Police officers in Uganda are investigating an incident where a man Allegedly Shot and killed his wife, another man before killing himself. 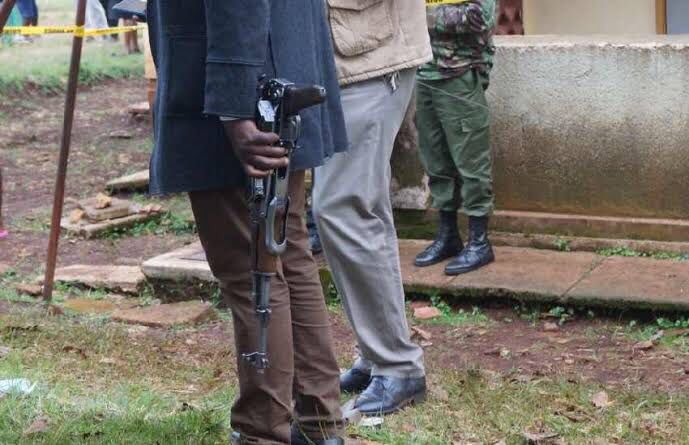 In a news report that has been shared by a reliable source of information, it has been revealed that officer Allegedly pulled out a gun after a Misunderstanding with his wife after which he shot and killed her on the spot.

According to the reports given by the police, it has been revealed that a man who attempted to save the woman was also shot by the police officer who killed the Deceased on the spot.

At the moment, Police officers who are investigating this incident have revealed that the man shot and killed himself thereafter adding that the motive is still unknown.

While reacting to this incident, social media users who took to their different social media accounts to express their thoughts on the matter have called upon the governments to look into the Increasing cases of people suffering from mental health.

According to the reports given by most social media users , they claimed that it is so unfortunate that the government is yet to do something about the increasing number of police officers who suffer from poor mental health.

Content created and supplied by: toptrend.com (via Opera News )