By DjVincey (self meida writer) | 1 months 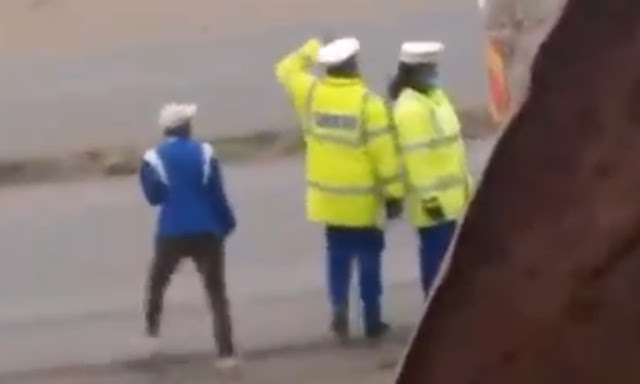 Two traffic cops are seen flagging down matatus in a video captured by a concerned Kenyan along Kangundo Road, following which some civilians (a young guy and a lady) rush to receive bribes from either the driver or the conductor.

Before earning their cut, they give over the bribes to the rogue traffic cops.

“When will Kenya's corruption be eradicated? On Kangundo Road, traffic cops act in this manner. Cops are using the two youth to collect bribes in PSV matatus, according to the concerned Kenyan who captured the footage.

A similar method is used by cops on other routes in Nairobi, according to netizens who commented on the video.

“I saw something similar in CBD yesterday; it didn't make sense at the time, but it does now. Bribes are gathered in a roundabout way, according to one social media user.

“It's the same in Rongai near the Nazarene University turn-off,” said another.