Kenyans have expressed their anger towards Mwingi Central member of parliament, Honorable Gideon Mulyungi who apologized to the families and friends of the people who died in the deadly accident that occurred in Kitui, Mwingi after a Bus plunged into a River killing over 33 people 11 of who were from the same family. 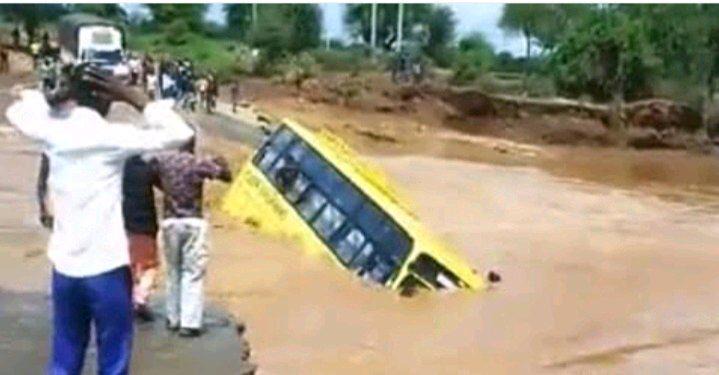 Speaking on to the friends and families of the deceased, the renowned politician who sent his heart felt condolences to the family affected families Apologized for not building a bridge on time. In his own words, he said that he took full responsibility for the governments failure to do what needed to be done at the right time.

"I would like to take this opportunity to apologize to the family and friends of the deceased, I know that it's our fault as the government. The bridge was supposed to be built early enough but unfortunately, we didn't do it on time and for this reason, I would like to say sorry to the families of the deceased. We as the government would like to take this step to acknowledge our failures. However, we've already made plans to build the bridge in order to stop this kind of thing from happening again ", he said.

His remarks has sparked a lot of mixed reactions from a number of kenyans who took to their different social media accounts to express their opinions and suggestions on the matter. With a section of kenyans congratulating him for taking responsibility, others went ahead and called him out. 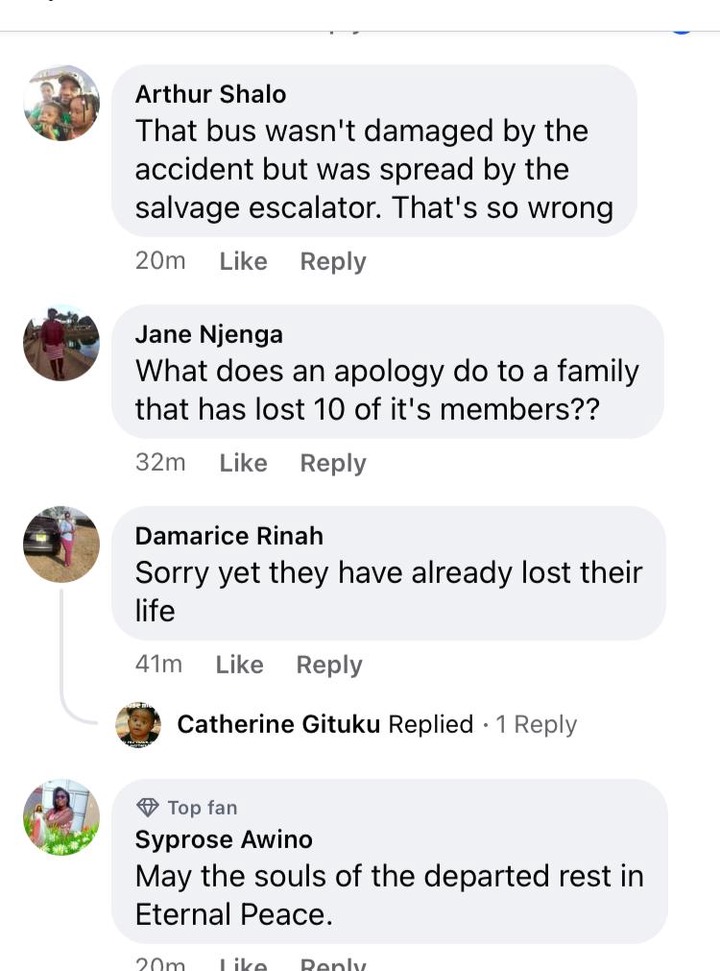 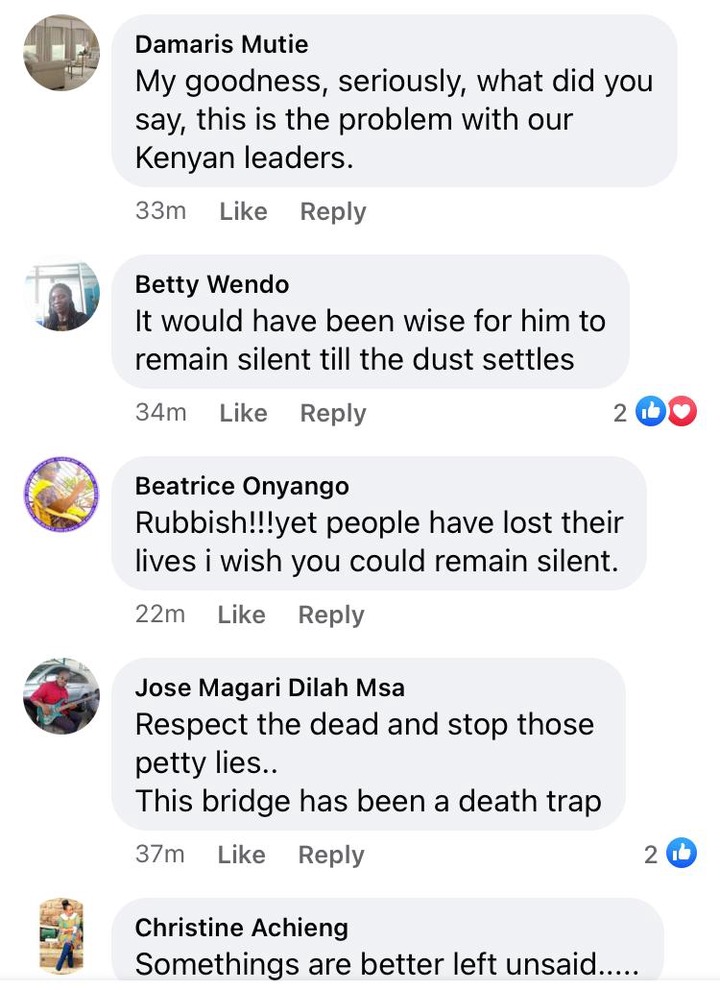 " I Joined Illuminati When I Was 23 Years," A Well Known Kenyan musician And A Producer Claims

Kenyans Express Their Bitterness Over Some Safaricom Services

Signs That You Have Given Someone Else Power Over Your Life