Police reports revealed that the accident involved Nairobi City shuttle from Githurai 45 and a car heading to Thika town from Nairobi town.

According to the area traffic police officer James Gakara, the Shuttle bus lost control following a tyre burst, leading to the collision. 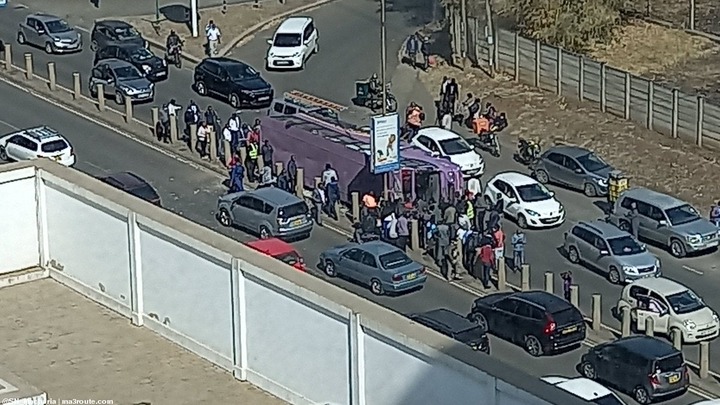 Those injured have since been taken to Ruaraka Uhai Neema hospital for emergency treatment. 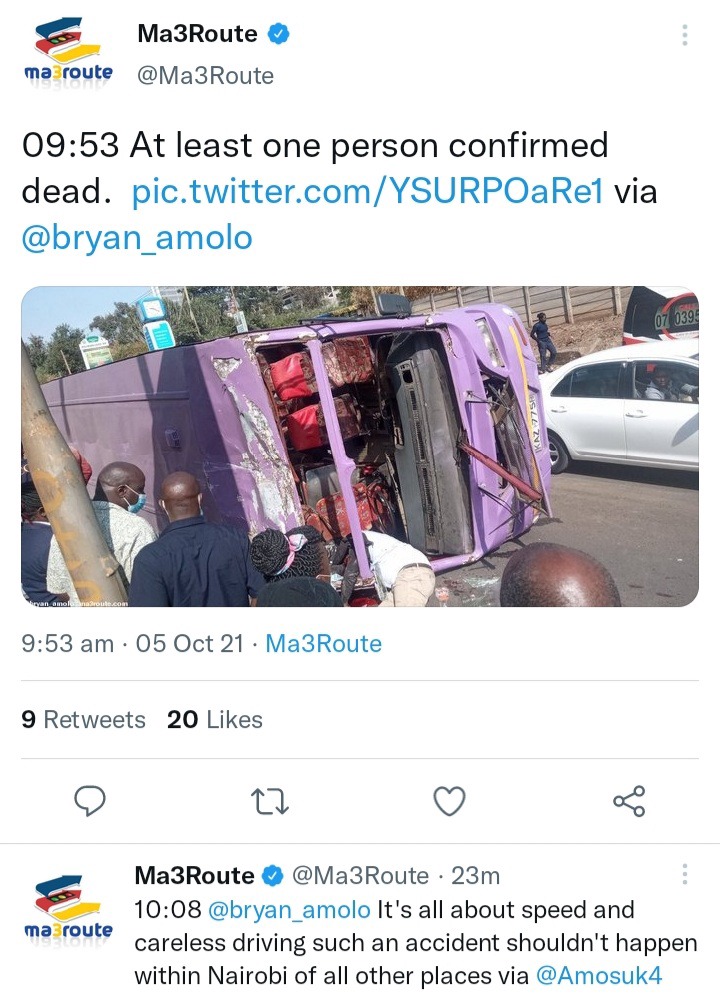 It is reported that the owner of the saloon car was also trying to overtake a lorry at a high speed.

There was huge traffic snarl-up which was cleared by the police after a while.

The body of the deceased was transferred to Jomo Kenyatta University Referral Hospital mortuary pending autopsy.

Police investigations are ongoing with the officers trying to move away the wrecks of the motorvehicle away from the scene. 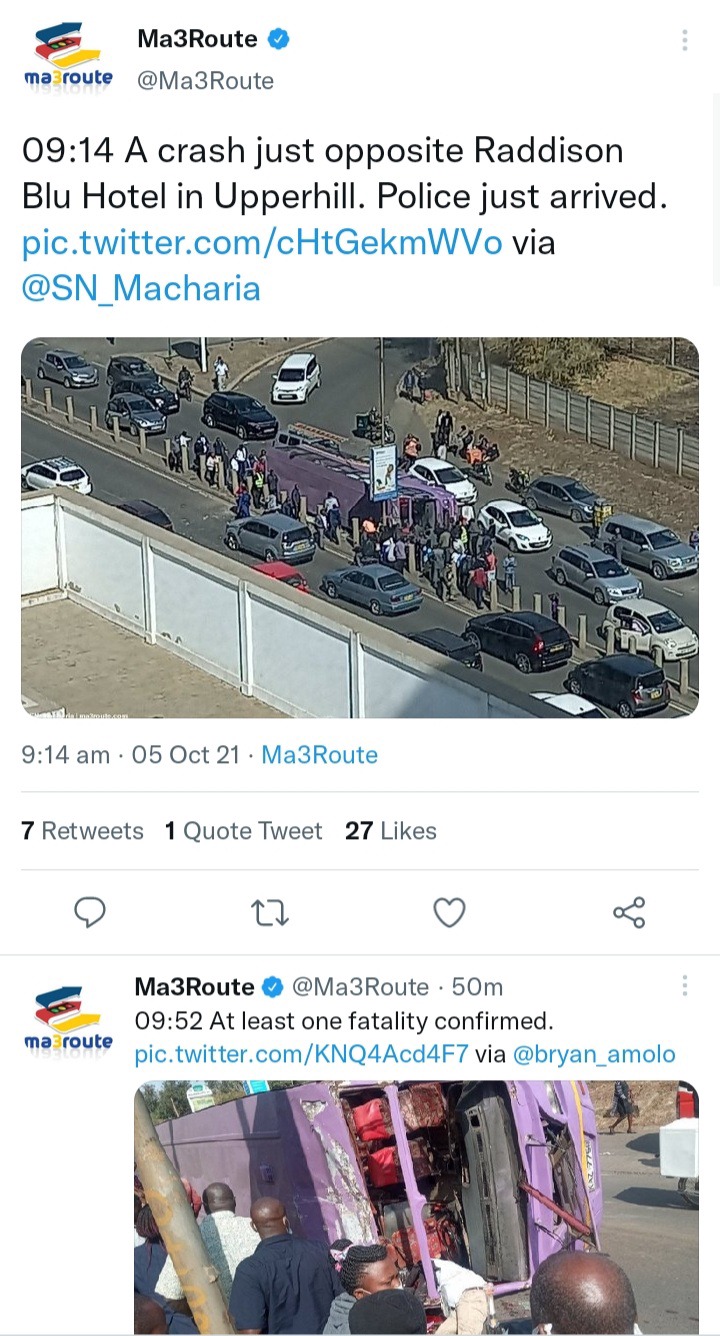