Video: Citizen TV Exposes A Policeman Who Killed A Man As He Tried To Defend His Sister

By MaangiJob_Ke (self meida writer) | 29 days 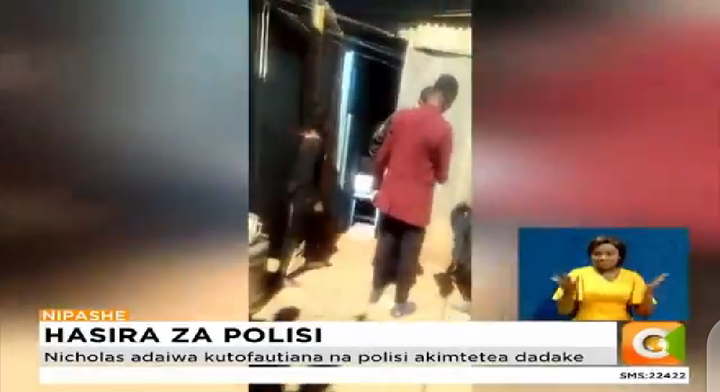 Citizen TV aired a story on 12th, April concerning a man who was killed by the police at Mountain view estate, Nairobi.

Nicholas Livede was shot while he was trying to protect the sister who was being harassed by the police.

According to eye witnesses at the Scene, Livede's sister was recording a video on police who came to their area to demand for the alcohol sale license.

One policeman slapped her on the face and snatched the phone which, prompted his brother to act immediately.

The policeman knocked down Nicholas Livede and dragged him outside the compound where he shot him dead.

Residents of Mountain View who spoke to citizen TV, regretted that the police have been harassing them and this has led to the Suffering of many people.

The mother of the late Nicholas Livede made an outcry for justice concerning the death of the son who was killed in broad daylight.

"Dad From Hell", School Girl Abandoned By Dad In A Bus Station.

7 Inevitable Things That Will Happen To You When You Are A Mistress.

Juja Constituency Politics Hots Up Ahead Of May 18th By-election.