A middle-aged man who sneaked into his elderly mother's bedroom and forcefully slept with her has been arrested by DCI detectives.

The suspect, Patrick Mumo, 45, is said to have sneaked into his 90-year-old mother's bedroom in Mbooni-Makueni county, on Mashujaa Day, and forcefully slept with her before he fled from the crime scene. 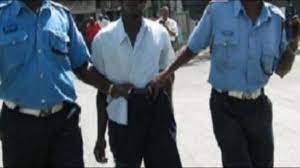 Police arrest a suspect in the past-Courtesy

The poor woman was found writhing in pain, complaining of waist pains in her bedroom by her elder son who sensed all was not well with their mother.

She was immediately rushed to Kisau Sub-county hospital in serious condition, where she is undergoing treatment.

According to DCI, Doctors at the medical facility confirmed that indeed someone had forced himself on her.

Emerging reports say the main suspect has been arrested.

DCI had earlier indicated they had launched a manhunt for him, asking him to surrender himself to the nearest police station and according to Citizen Digital, the man is already in police custody. 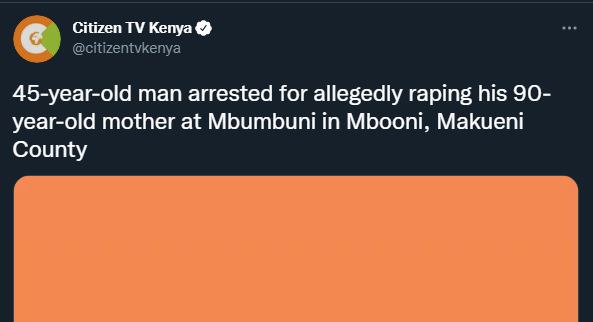